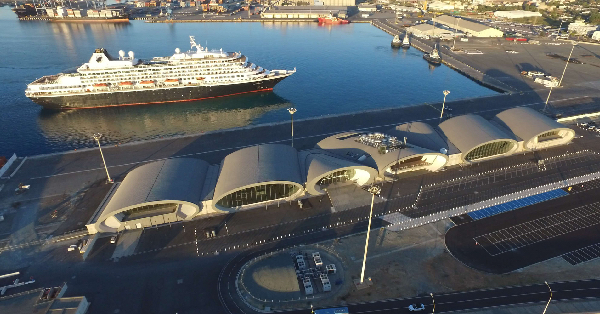 October was the busiest cruise month of 2022 for DP World Limassol, as 29 cruise ships carrying over 46,000 people, berthed at the port and used its passenger terminal.

Between January and October, DP World Limassol accommodated 128 cruise ships and 154,000 passengers, while it expects an additional 35 vessels end of the year. This will bring the total to 163 expected arrivals, a considerable increase compared with 2021.

Passengers had the opportunity to tour Limassol and join organised excursions to other places of interest around the island, making a significant contribution to the local economy.

In statements, the CEO of DP World Limassol, Mr. Nawaf Abdulla, expressed satisfaction over the port’s performance this year.

“As a result of our ongoing, targeted efforts in coordination with the government, stakeholders, and local partners, Limassol port now attracts some of the world’s leading cruise lines. Cyprus’ cruise sector has demonstrated resilience despite the difficult circumstances of the past two years, recording its best performance in years”, he said.

“At the same time, at DP World Limassol we are very excited for the coming year, as we anticipate that conditions will be even better. The outlook for 2023 seems very positive as we have already received a high number of cruise ship bookings, and we are currently in touch with more major cruise lines, that will call or homeport at our terminal at Limassol port”, he added.

DP World Limassol expects to welcome over 210 cruise ships in 2023, with the company’s cruise business poised to sustain its strong performance over the next few years.