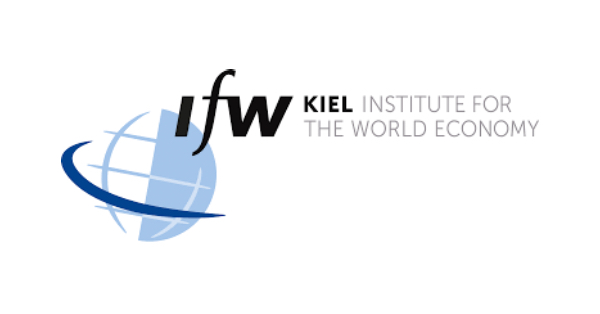 Congestion in global container shipping is receding as world trade volumes recorded a 0.8 per cent monthly drop in October, according to Kiel Trade Indicator data.

About 10 per cent of all goods shipped worldwide are in congestion.

For the US — the world’s biggest economy — the indicator showed no change to import levels but a decline of 2.7 per cent in export levels.

However, Asia’s biggest and the world’s most populous economy, China, emerged as a clear outlier. It showed no significant change to import levels (0.9 per cent) but a strong increase in exports (10.1 per cent).

Global trade is showing an unsteady path, even if this development is not evenly distributed across all countries. German exports have been following this sideways movement in price-adjusted terms for several months now, so the difficult economic conditions are obviously having a noticeable impact on German exporters,” Vincent Stamer, head of Kiel Trade Indicator, said.

“China’s export growth over the month of September is a positive outlier in global trade. It remains to be seen if this marks an easing of China’s restrictive zero-Covid strategy and if this implies a sustainable positive trend for Chinese exports,” Mr Stamer said.

The Covid-19 pandemic highlighted significant challenges in the logistics sector, with many cargo customers struggling to find shipping containers amid labour disruption in the industry. The acute supply chain bottlenecks have led to congestion and delays at ports, a shortage in containers and a sharp rise in the cost of shipping goods.

The World Trade Organisation’s Goods Trade Barometer issued on August 23 suggests that the global goods trade continued to grow in the second quarter of 2022 but that the pace of growth was slower than in the first quarter and is likely to remain weak in the second half of the year.

The WTO projects that the Russia-Ukraine war could lower global gross domestic product growth by 0.7 to 1.3 percentage points, bringing it to between 3.1 per cent and 3.7 per cent for 2022, it said in an April report.

In Russia, the sanctions imposed by western countries are having an impact as monthly changes to trade volumes. October exports and imports were down by 2.6 per cent and 0.4 per cent, respectively, according to Kiel Trade Indicator data.

An analysis of exports from 57 countries and regions to Russia, including the EU and China, for June, July, and August, showed that Russia imported around 24 per cent fewer goods per month than in 2021. The monthly import gap is around $4.5 billion.

While the EU was Russia’s most important trading partner in the summer of 2021, China has now taken over this top position. Compared to last year, the EU exported 43 per cent fewer goods to Russia, while China exported 23 per cent more. However, the increase in exports from China to Russia lost momentum in September, Kiel data showed.

“Since China’s exports are currently not sufficient to compensate for the drop of Russia’s trade with the EU, Russia’s efforts to replace slipping imports from Europe are proving increasingly difficult,” Mr Stamer said.

“The sanctions imposed by the western alliance are apparently hitting the Russian economy hard and noticeably limiting the population’s consumption options.”

This is also indicated by the decline in cargo unloaded at Russian ports.

The port of Vladivostok, which is important to the handling of trade with Asia, also witnessed declines in incoming cargo.

Since the beginning of the year, freight rates from China to Northern Europe have fallen by around two thirds, Kiel said. For the first time in around two years, prices for a standard container are below $5,000.

“The significant drop in freight rates is a positive impulse for global trade and thus also for the German economy. If rates remain low and global shipping congestion continues to ease, low transport costs could partly counteract fears of recession in exporting industries,” Mr Stamer said.