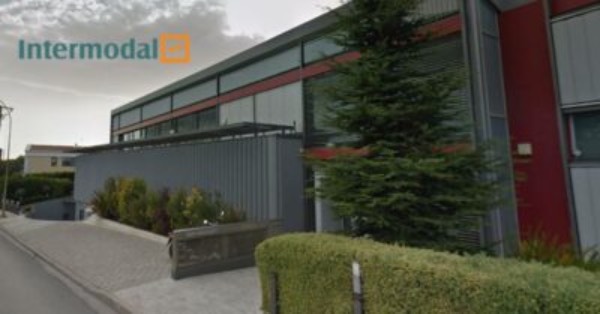 Please find below the Intermodal market report for week 44 2022.

As we are heading towards the winter season in the northern hemisphere with uninterrupted natural gas price highs sighted in the past months and present volatility, markets brace themselves for an upcoming period of supply uncertainty as energy security has become a precedence issue in Europe and other importing regions in view of a possible total cut-off in Russian flows, creating further tensions and demand destruction for all competing importers. Reducing Russia’s dependence on gas and securing alternative energy sources will not be a simple equation to solve and will require coordinated efforts across numerous sectors. Accordingly, as there is a considerable market tension for alternative sources of gas supply the EU has a major opportunity to improve its energy security and its competitiveness thanks to the affirmative development of the global LNG market. European Union is more dependent than ever on imports of liquefied natural gas.

Russian gas supplies have decreased to most of the European countries further to imposed Western sanctions for its invasion to Ukraine. In turn, many countries bought LNG as a substitute, but the unexpected and unseasonably Europe’s warm temperatures have led to a reduction in heating demand, which in turn kept storage sites full and prices descending. Lately, as reported more than 30 LNG carriers are queued up just off Europe’s LNG receiving terminals as traders are holding out for higher market prices in anticipation that colder weather will increase demand for energy and in turn drive up prices. Furthermore, it is stated that the ships are carrying a combined worth of $2bn of LNG and are steaming slowly around northwestern Europe and the Iberian Peninsula while more vessels are sailing across the Atlantic and are anticipated to join these tankers. LNG tankers in European waters have doubled in the past two months, as European countries fill up their storage tanks to near-capacity before the winter.

Furthermore, as reported by the end of October already European storage sites were almost at full storage capacity nearly at 94% full, with Belgium reaching 100%, France 99%, and Germany 98% of their storage capability respectively. Cargo hold-ups have led to a shortage of available vessels, resulting in higher freight rates while such rates have been challenging for Asian buyers who have been competing with Europe for LNG cargoes throughout the year. As reported, by October 31st Freight rates for the US Gulf Coast to Northeast Asia route were estimated at $478k per day and to Northwest Europe at $468k per day being both at record highs / doubled since last year.

Moreover, Qatar is one of the major LNG exporters in the globe, shipping most of its fuel to Asia, with Europe being a distant second. They have recently declared plans for a 60% capacity expansion by the end of the decade. Accordingly, it is crucial for Europe to have the opportunity to replace extended lost gas imports from Russia, by securing some of those additional Middle Eastern supplies. Since Russia began compressing its gas exports, Europe has balanced most of the gap with US supplies while those shipments won’t be able to keep up as deficiency expands. As reported by the IEA, the EU’s LNG imports need to double to over 150 billion cubic meters a year by 2025 to replace Russian pipeline gas, so Europe will need every source of gas it can get.

To sum up, as reported by the IEA, EU could face a gap of as much as 30 billion cm of natural gas during the next summer period for restocking its gas storage sites in 2023. As stated, EU’s cushion lately created with almost full storage sites and recent lower gas prices coupled with the unusually mild temperatures, should not lead to overly optimistic conclusions about the future. China’s declined LNG imports in the past months have been a key booster of higher LNG accessibility for EU to compensate for the drop in gas deliveries from Russia. If China’s LNG imports recover next year to their 2021 levels, this would capture over 85% of the expected increase in global LNG supply.

The supply/demand mismatch have for another week negatively affected the dry bulk market with all sectors noting declines in their average earnings. The BDI today (08/11/2022) closed at 1,356 points, down by 21 points compared to previous Tuesday’s closing (01/11/2022). Last week, VLCC’s performance set the positive tone, followed by healthy Aframax activity and a slowdown on Suezmax positive momentum which however little affected the sector’s overall earnings. The BDTI today (08/11/2022) closed at 1,857, an increase of 46 points and the BCTI at 1,244, an increase of 49 points compared to previous Tuesday’s (01/11/2022) levels.

In the newbuilding sector, we have noticed another week of healthy contracting activity. While orders have surfaced across most main sectors, LNG orders continue to gather momentum, primarily driven by the current vessel supply shortage. The number of new tanker and bulker orders remains subdued mainly due to the uncertainty around the decarbonization framework. Five LNG vessels were placed at Hudong Zonghua on behalf of the Qatari LNG project, which will soon commence its phase 2 of its newbuilding program. Meanwhile, due to extremely high demand, LNG newbuilding prices move on an upward trajectory, with one vessel booked at a record price of $252 million last week, at DSME shipyard. In the boxship sector, two new orders have been placed last week. New container orders emerging are opting for alternative fuels, with LNG and methanol being mostly preferred.

The unfavorable market conditions that continue to prevail in the demolition market activity have finally translated into softer demolition offers from breakers globally. Despite the low number of vintage candidates, the subdued steel demand coupled with financing pressures and foreign exchange crisis across all the main demolition nations have led breakers to abstain from offering tempting levels and wait for some stability. Having said that, Bangladesh has lost its leading position, as continued L/C restrictions have made it extremely difficult for breakers to proceed with acquisitions even for small LDT units. Indian offers have also suffered discounts amidst reduced steel mills’ demand. However, domestic steel demand is forecasted to be firm in the coming months which could be a bright spot in an overall global subdued activity. Lastly in Pakistan, the political turmoil and the ongoing economic crisis are weighing down on breakers’ confidence which coupled with the declining scrap prices have led to a w-o-w fall on breakers’ offers as well. Average prices in the different markets this week for tankers ranged between 250-560/ldt and those for dry bulk units between $240-550/ldt.