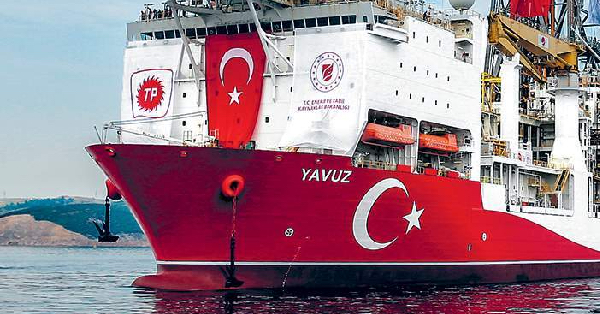 The Council of the European Union has adopted a decision extending the regime for restrictive measures in response to Türkiye’s unauthorised drilling activities in the Eastern Mediterranean for a further year, until 12 November 2023.

With this decision, the EU maintains its ability to impose targeted restrictive measures on persons or entities responsible for or involved in unauthorised drilling activities of hydrocarbons in the Eastern Mediterranean.

Currently two individuals are subject to sanctions under this particular regime, as noted in an announcement by the Council.

The decision will enter into force on the day following its publication in the Official Journal of the European Union.

The sanctions regime against unauthorised drilling activities in the Eastern Mediterranean is a direct follow-up to the Council conclusions of 14 October 2019, which were endorsed by the European Council on 17-18 October 2019.

In these conclusions the EU reaffirmed its full solidarity with Cyprus regarding respect for its sovereignty and sovereign rights in accordance with international law, and invited the Commission and the European External Action Service to submit proposals for a framework for restrictive measures.

The decision is kept under constant review and is renewed or amended, as appropriate, if the Council deems that its objectives have not been met.