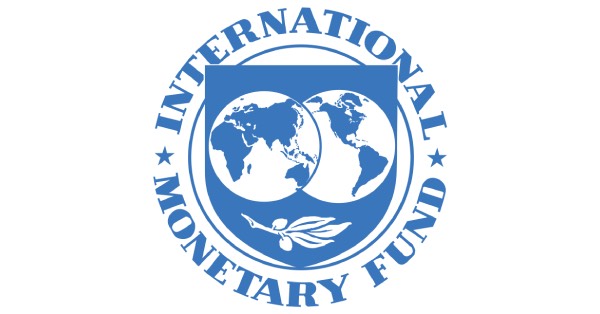 Growth in the Asia and Pacific region is expected to slow down in 2022 and 2023, reflecting headwinds from global financial tightening, the war in Ukraine, and the sharp and uncharacteristic slowdown of the Chinese economy. This challenging conjuncture poses difficult trade-offs for policymakers, said the International Monetary Fund (IMF) in its Regional Economic Outlook: Asia and the Pacific.

“Asia’s strong economic rebound early this year is losing momentum, with a weaker-than-expected second quarter. We have cut growth forecasts for Asia and the Pacific to 4 percent this year and 4.3 percent next year—down by 0.9 and 0.8 percentage points, respectively, compared to the April World Economic Outlook—which are well below the 5.5 percent average over the last two decades. Despite this, Asia remains a relative bright spot in an increasingly dimming global economy,” noted Krishna Srinivasan, Director of the IMF’s Asia and Pacific Department.

The region faces three formidable headwinds, which may prove to be persistent. The first headwind is global financial tightening. The Federal Reserve has become much more aggressive in tightening their monetary policy as US inflation remains stubbornly high. This has translated into tighter financial conditions for Asia.

The second headwind is the war in Ukraine. The main impact on Asia has been through commodities prices, which spiked following the invasion and have remained high. Most—but not all—countries in Asia have seen a deterioration of their terms of trade, and this has been an important factor behind currency depreciations so far this year.

The third headwind is the sharp and uncharacteristic slowdown in China. The IMF has marked down Chinese growth for 2022 to 3.2 percent, its second-lowest level since 1977, reflecting the impact of the zero-COVID lockdowns on mobility and the crisis in the real estate sector. This slowdown is estimated to have important spillovers to the rest of Asia through trade and financial links.

While inflation rose more modestly in Asia during 2021 than it did in other regions, the sharp bout of volatility in global commodity markets after Russia’s invasion of Ukraine in February put additional pressure on Asia’s headline inflation in the first half of 2022. This increase has been driven by rising food and fuel prices—particularly in Asian emerging market and developing economies—but also reflects higher core inflation as the region recovers.

Against this backdrop, Mr. Srinivasan stressed several priorities for policymakers: “Further tightening of monetary policy will be required to ensure that inflation returns to target and inflation expectations remain well anchored. Fiscal consolidation is needed to stabilize public debt and support the monetary policy stance. Asia is now the largest debtor in the world besides being the biggest saver, and several countries are at high risk of debt distress. Public and private debt dynamics are already worse following the pandemic because of slower growth and higher debt levels. Depreciations and rising interest rates could expose financial vulnerabilities from high leverage and unhedged balance sheets, and further raise public debt ratios. As interest rates rise, this will raise the fiscal balance needed to stabilize debt. An integrated approach to tackling these challenges in a timely and well-calibrated way is of the essence while being mindful of the further downside risks.

“The challenging conjuncture is aggravating the medium-term economic scars opened by the pandemic. The pandemic is expected to provoke a long-term fall in output with respect to pre-pandemic projections, and this scarring is expected to be worst in Asia and Pacific. Much of the shortfall in growth in Asia relative to other regions can be explained by lower levels of investment following the pandemic. These output losses are also particularly severe in tourism-dependent economies and those with high debt.

“While exact policy responses will depend on country-specific circumstances, tackling corporate debt overhang and mitigating human capital losses will be important for a wide range of countries in the region.

“The report considers an illustrative sharp fragmentation scenario in which the world divides into separate trading blocs, and shows it would carry large, permanent output losses. These could be especially severe for Asia, given its significant role in global manufacturing and trade. Just the losses due to lower productivity could take up to 3.3 percentage points off regional output. Total losses are likely much larger due to the dent on investment as firms lose access to export markets.

“We therefore stress the need for international cooperation to roll back trade restrictions, reduce policy uncertainty, and promote open and stable trade – both regionally and globally – to avoid the most harmful fragmentation scenarios, and to ensure that trade continues to act as an engine of growth.”