Cyprus Shipping News
Home Digitalisation Digitisation of airspace for the use of drones at the port of... 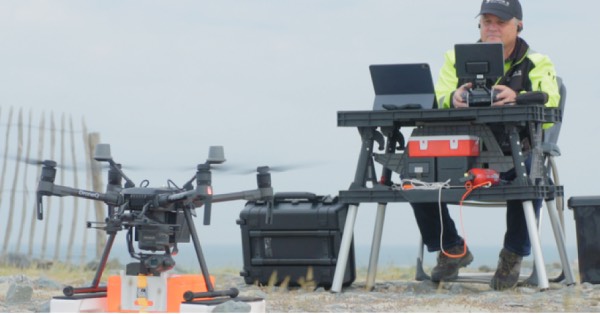 The Port Authority of Rotterdam has to prepare the airspace for these applications and is therefore setting up a U-Space Airspace prototype – more or less the counterpart of air traffic control for aircraft. To test in practice how we should organise the airspace over the port and keep it safe, the Port Authority has entered into a partnership agreement with software supplier Airwayz

Drones will be a common phenomenon in the skies over the port of the future. To make the port more efficient and safer, drone companies will provide more services in the next few years. It is also expected that drones will be deployed for longer-distance flights, manned as well as unmanned.

Airwayz supplies the Unmanned Traffic Management system (UTM), which offers air traffic control services for very-low-level (VLL) airspace. These services are used by drone operators and include flight permission and deconfliction services. First of all, it is essential that manned and unmanned flights in the lowest airspace are visualised.

The protocols, procedures, agreements and risk profiles with respect to airspace are drawn up by the Port of Rotterdam Authority as the port manager and by the government as the legislator. This makes the Port Authority the first body in the Netherlands to organise its own airspace to ensure smooth and safe drone traffic.

The prototype will take two years and will start in December 2022. The prototype is intended to identify the practical implications of controlling the lowest airspace and to gain insight into what the role of the Port Authority in all of this might look like. In addition, it should reveal prerequisites of keeping drone airspace safe, the opportunities for drone operators in the port, and the impact of drone traffic control on the organisation.

The U-Space Airspace prototype will also play an exemplary role in the roll-out in the Netherlands and the rest of Europe. After all, the prototype has been prepared in line with the stipulations of European regulations.