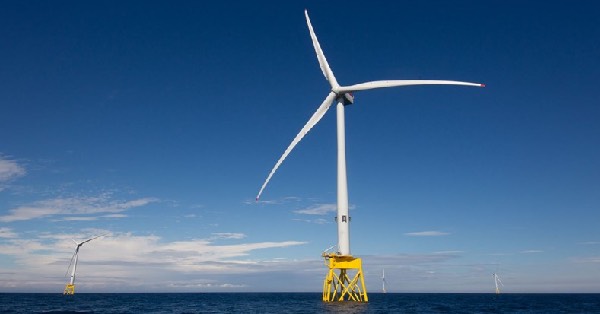 The construction of what will be Scotland’s largest offshore wind farm, Seagreen, has supported the delivery of a £1bn economic boost by SSE Renewables to the Scottish economy in the last year, according to new independent analysis published today.

The details are included in a new Sustainability Report published today by SSE Renewables, alongside a report providing independent analysis by PwC measuring the value the company adds to GDP and the jobs it supports across its home markets of the UK and Ireland for the last three years.

The report, which covers the 12 months from 1 April 2021 to 31 March 2022, outlines how SSE Renewables’ delivery of flagship infrastructure projects, the £3bn Seagreen project and the £580m Viking onshore wind project in Shetland, has driven the £1bn contribution to Scotland’s economy while also helping the country reach its net zero ambitions.

Additionally, the SSE Renewables £1bn contribution to Scotland’s GDP from its construction and operational activities has supported around 4,000 Scottish jobs in the last year.

The publication of the SSE Renewables Sustainability Report 2022 marks the first time the UK’s leading renewable energy developer, owner and operator has detailed the actions it is taking to put sustainability at the core of its strategy for ambitious growth in the UK and Ireland, and overseas.

“Across SSE Renewables’ core markets of the UK and Ireland, we contributed £1.65bn to GDP last year, supporting more than 10,000 jobs. This is a 23% increase in our GDP contribution and more than double the number of jobs supported compared to the year before.

These findings provide yet more evidence that investing in renewables is not only essential for getting to net zero, but it makes economic sense too. SSE Renewables is investing millions of pounds in the green transition, and our new Sustainability Report shows that we are absolutely committed to investing in a sustainable way that benefits workers and communities, as well as the wider natural environment too through our world-leading digital ecological innovations to commitment to biodiversity net gain”

The report also highlights significant employment growth at SSE Renewables over the past three years. The renewable energy company has grown its UK and Ireland employee numbers by almost 50% over the last two years and now employs over 1,300 people, more than 1,000 of whom are based in Scotland. Of these workers, around 1-in-3 SSE Renewables’ employees have transitioned from high-carbon careers, mostly from outside of the company. According to a recent survey of SSE Renewables employees, key drivers behind this transition to the company include environmental considerations (68%), the opportunity to work on exciting projects (58%), and better long-term career prospects (58%).

In November 2020, SSE plc became the first company in the world to publish a Just Transition Strategy, the company embarked on programme of wide-ranging stakeholder engagement on its just transition approach. This Strategy outlines 20 principles to promote a fair and just transition for workers, consumers and communities when transitioning ‘in’ to a net zero world, while at the same time transitioning ‘out’ of high-carbon activities. In November 2021, SSE was named the Number 1 company globally of 180 companies assessed by World Benchmarking Alliance on their approach to just transition.