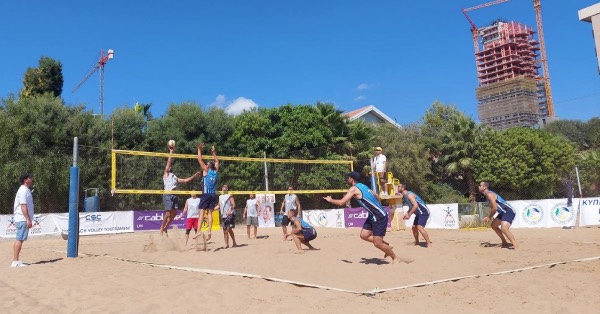 The annual Charity Beach Volley Tournament of the Cyprus Shipping Chamber was completed with great success, on 4, 11 and 25 September at the Cyprus Volleyball Federation courts, in Limassol. The 27 years of successful organisation and social contribution is attributed to the enthusiastic and longstanding participation of the Chamber’s Shipping Member-Companies, who contribute to the charitable work of the Chamber.

As mentioned by the President of the Shipping Chamber, Mr. Themis Papadopoulos, in his short speech during the awards ceremony, the contribution of each company is very important and valued, as it donates the amount raised to the Charity Association “One Dream – One Wish”, whose mission is to provide life incentives to children suffering from cancer, leukaemia and other blood diseases, by fulfilling their wishes and at the same time, offering financial and psychological support to them and their families.

The Shipping Chamber also expresses its appreciation to the Cyprus Volleyball Federation, the Cyprus Volleyball and Beach-volleyball Referees Association and to all those who contributed to the success of the event, as well as to its member-Companies, their staff and Cyprus Ports Authority, who financially supported this sporting event with their participation.