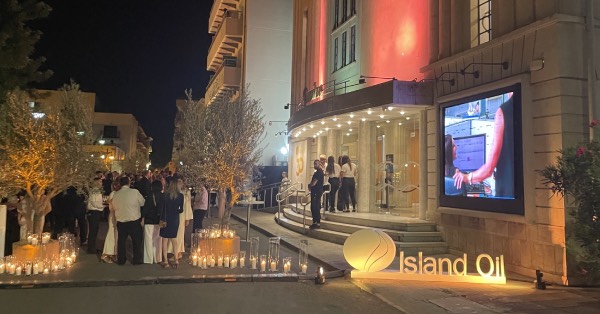 Island Oil celebrated its 30th anniversary with a spectacular “Musica d’ Amore” concert at the Rialto Theatre in Limassol.

Founded in 1992, the company primarily dealt with the marine bunker, lubricant supply and trading. Island Oil was quickly embraced by the industry and was entrusted by blue chip clients from local and international shipping markets, building a strong reputation as a reliable partner-supplier.

Headquartered in Limassol, Island Oil is the flagship of a group of companies mainly active in the marine and domestic fuels sector. The company has physical supply stations in Cyprus, Romania and Israel, and additional offices in Piraeus, Singapore, London, Shanghai, Constanta, Haifa, and Odessa.

The event took place at the Rialto theatre, one of the most iconic venues in town to host important cultural events. CEO of the company Chrysostomos Papavassiliou welcomed and thanked all distinguished guests, business partners, associates, company staff ashore and onboard. “In the ever-changing global shipping and energy markets, our close bonds are a constant we can rely on, and for that, I thank you”, he stated.

On the occasion of the company’s 30 years Mr. Papavassiliou announced that Island Oil, in liaison with the Mayor of Limassol, has decided to grant funding for the Cultural Centre of Limassol,  allowing the project to go ahead. “This is in line with the company’s ongoing corporate social responsibility toward a city that hosted Island Oil for so many years”, he added.

The musical journey was inspired by cherished operas and operettas, Neapolitan serenades, international and traditional Cypriot songs, performed by the baritone Kyros Patsalides and singer Vakia Stavrou. Stavros Dritsas was on the piano, conducting the 12-piece orchestra.

The evening continued outside the Rialto theatre at the Heroe’s Square which was beautifully decorated to accommodate the cocktail reception. Lively music by the stunning quartet of ladies “Fortissimo” carried on until late into the evening.