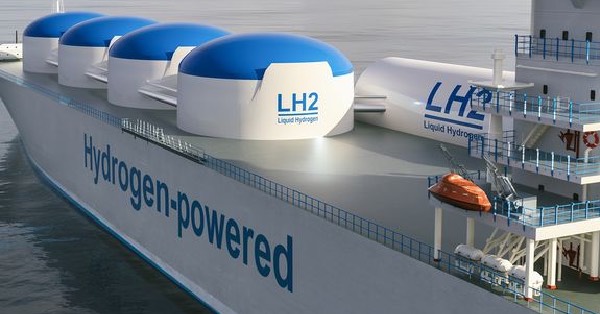 The new P4G-Getting to Zero Coalition report “Shipping’s energy transition is published: strategic opportunities in Indonesia” explores the potential for Indonesia to accelerate and to benefit from international maritime decarbonization. The report finds that Indonesia has several opportunities to leverage the global transition to zero emission marine fuels towards key national objectives. However, achieving this will require targeted action in order to unlock these opportunities.

International shipping accounts for approximately 3% of global Greenhouse Gas (GHG) emissions, and this will increase in a business-as-usual scenario. To decarbonize the maritime industry, there will be a massive need for green fuels and associated technologies. In particular, scalable zero-emission fuels (SZEF) such as green hydrogen and green ammonia are considered the most promising fuels for the shipping’s energy transition.

“The increasing momentum behind international maritime decarbonization holds huge potential for countries like Indonesia. To better realize this opportunity and signal strong public buy-in, Indonesia should seek to leverage its influence in international negotiations, particularly drawing on its role as the host of the G20 later this year, in addition to COP27 and upcoming IMO negotiations,” says Ingrid Sidenvall Jegou, Project Director at Global Maritime Forum.

With over 17,000 islands, Indonesia is intrinsically tied to the maritime industry, with many small vessels making up the domestic fleet, in addition to a high volume of international traffic passing through Indonesian waters. Maritime activities contribute massively to Indonesian society and the economy, with there being strong potential to leverage these activities to decarbonize other industrial activities and support wider economic development.

By establishing green hubs, Indonesia can cement its position as a key maritime axis, creating new revenue streams from SZEF exports and bunkering and improving access to import and export markets.

The development of scalable zero-emission fuel infrastructure could lead to an investment of between Rp 46 – 65 trillion IDR ($3.2-4.5 billion USD) by 2030. This is in addition to the potential development of other industries, expertise, environmental protection benefits and R&D emanating from decarbonization of maritime shipping and the adoption of SZEF.

After extensive consultation with key Indonesian stakeholders, the report names three key opportunities including the possibility of establishing Kalimantan as a bunkering hub, the electrification of the small boat fleet, and a decarbonization hub powered by geothermal activities.

However, essential to unlocking these opportunities is a facilitative policy and financial framework capable of effectively motivating and convening key actors across sectors and value chains. Presently, Indonesia benefits from its existing policy frameworks in the field of maritime, energy and climate policy, however more work is needed to coordinate policies more specifically around the maritime decarbonization opportunity.

Indonesia also benefits from its existing successes and future ambitions concerning the reception of funding from international sources. This is something that is much needed regarding supporting Indonesia’s existing decarbonization efforts in conjunction with its development needs. Setting a clear direction of travel and demonstrating public buy-in would enhance Indonesia’s ability to attract these funding sources.

“Having supported the alignment of the IMO GHG Strategy with Paris Agreement temperature goals, the Indonesian Government needs to carry out a comprehensive assessment on the impact and strategies of shipping decarbonization. This could help position the Indonesian Government in subsequent IMO negotiations and serve as an evidence base to support the adoption of more ambitious GHG measures, which operationalize the principle of common but differentiated responsibilities and respective capabilities,” says Dr. Mas Achmad Santosa, CEO at the Indonesia Ocean Justice Initiative.

As other countries take steps to enhance their efforts and begin to unlock this opportunity, Indonesia should take quick and strategic action to position itself as a key player in this space.

“As the largest island state in the world, Indonesia relies on ocean transport for movement of goods and people which contributes to significant domestic maritime emissions. This report outlines key steps Indonesia can take to harness its renewable energy potential and decarbonize its local maritime industry. By creating jobs and providing environmental benefits across sectors, this approach can serve as an example for other developing countries transitioning to a low-carbon economy,” says Ian de Cruz, Global Director at P4G.