Demonstration forms part of the 500 Global accelerators at Ashdod Port

UTM/USSP specialist, Airwayz Drones, has today announced it successfully executed a proof of concept demonstration at Ashdod Port as a part of 500 Global and PoA Innovation accelerator programme that aims to integrate innovative technologies and sustainable applications into the largest cargo port of Israel. The demonstration showcased Airwayz UTM’s ability to manage multiple fleets of drones, reacting safely and efficiently to three potential scenarios that a bustling port could face.

In the first scenario, multiple autonomous drones connected by Airwayz UTM/USSP ran regular patrols across Ashdod Port whilst intelligent software identified the images in real-time, allowing the port’s operator teams to monitor the site with faster response capabilities as well as complete situational awareness. The port’s security was tested further in the second scenario by autonomously sending two drones to a point of interest. This provided operators with a clear view of the area and allowed a more accurate assessment of the situation.

During the third test, a rogue drone was brought into the scenario. Using Airwayz UTM/USSP combined with ground sensor technology, the system quickly and easily detected the unregistered drone and autonomously dispatched a system drone to investigate further. Airwayz UTM/USSP efficiently integrates multiple systems and uses its AI-based software to react quickly and avoid all collisions, including even unregistered drones, providing a critical security solution for ports and any other hubs requiring similar security.

Following the completion of the demonstration, Eyal Zor, CEO and Co-Founder of Airwayz, said, “In collaboration with Ashdod Port and Global 500, today we showcased the advanced ability of Airwayz’ game-changing UTM system to manage safe and efficient operations in seaports and other critical infrastructures. Airwayz’s unique UTM service is at the forefront of drone technology, allowing numerous industries to increase productivity and efficiency through unmanned automation. We believe our technology will revolutionise how businesses operate in the near future. We’re honoured to have been selected as the best accelerator for the Blue Ocean for Startups accelerator programme with 500 Global.” 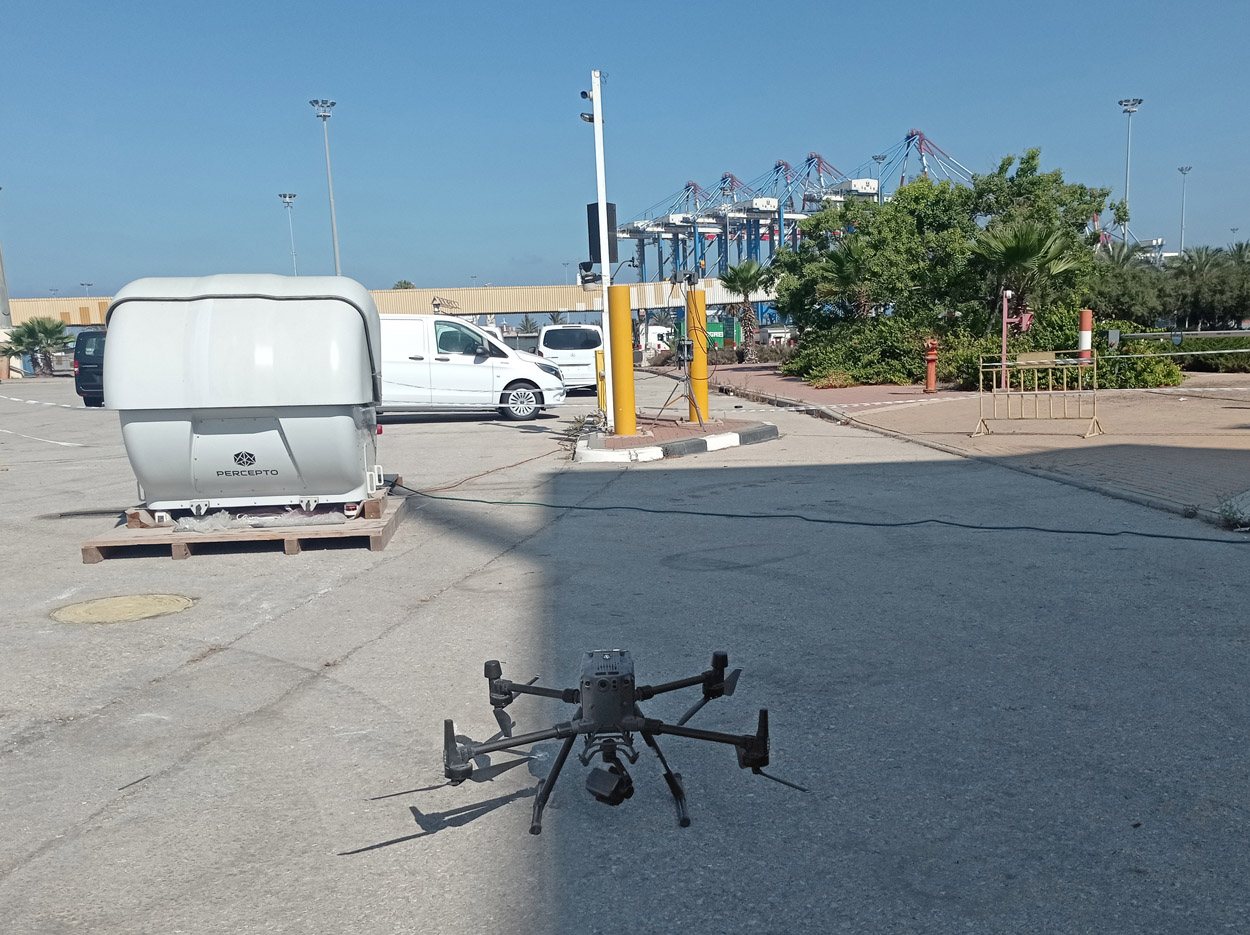 The Port of Ashdod underwent a 12-week acceleration programme – set up and managed by the venture capital firm 500 Global – to test and adopt new technologies that enhance productivity and efficiency across various applications with the goal of driving sustainable innovation within blue tech. Throughout the programme, Airwayz’ demonstrated its sophisticated UTM/USSP capabilities, such as tactical and strategic deconfliction, and advanced mission planning, allowing drones to be operated in any ecosystem safely and efficiently.