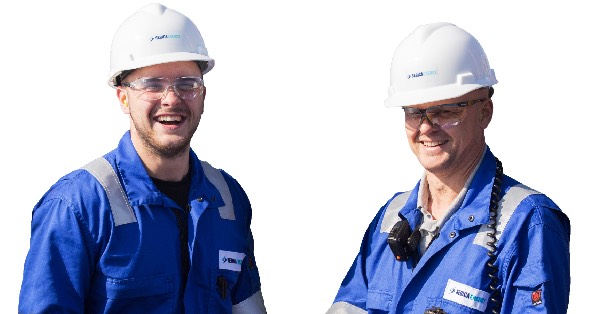 Serica Energy the British independent upstream oil and gas company with operations centred on the North Sea and over 85% gas production, is pleased to announce that the North Eigg exploration well has spudded.

Well 3/24c-NE1 was spudded at 04:30 this morning by the Transocean Paul B. Loyd Jr. harsh environment semi-submersible drilling rig. Serica is operator and 100% interest owner in this High Pressure, High Temperature (HPHT) exploration well targeting Upper Jurassic turbidite sands, similar to those encountered in the nearby Serica operated Rhum field.

If successful, it is anticipated that the reservoir will be gas filled and will be capable of providing low emissions gas to the UK domestic market during the key energy transition years of 2025 to 2035. It is anticipated that a discovery at North Eigg would be developed utilising Serica’s nearby 98% owned and operated infrastructure on the Bruce platform.

Results of the North Eigg well are expected in mid-October and will be announced by RNS.

“This is an exciting exploration prospect located very close to Serica owned and operated infrastructure. In a success case, this means that any development could utilise the existing production facilities on the Bruce platform, thereby reducing the need for extensive investment in new facilities and reducing the carbon footprint of the development and subsequent production period.

Our internal estimates indicate that the field could contain unrisked prospective resources (P50 recoverable) of 60 million barrels of oil equivalent. This is a 100% Serica project and so the benefits to the Company could be significant. Not only are the prospective resources valuable but we anticipate that the development could add significant life to the existing Bruce facilities.”