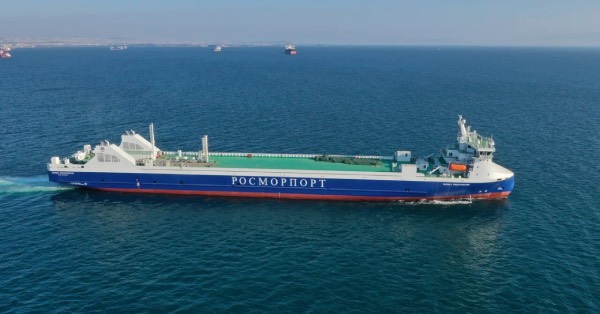 Rosmorport, one of the largest European port fleet owners, has revealed entering into a contract with Sitronics for equipment of two autonomous rail/vehicle carriers. Within a year, both ships are expected to be equipped with a complete set of autonomous navigation systems and receive an official autonomous class.

The contract signed at May 25 assumes that the full set of systems including autonomous navigation system, optical surveillance and analysis system, coordinated motion control system, remote engine, and technical monitoring will be installed as well as a remote control center will be established in Saint-Petersburg. To make sure of proper control actions in navigation and potential emergencies, the fault-tolerant satellite communication system providing a 10Mb/sec connection will be incorporated. The vessels will be able to navigate in various autonomous modes: automatically, under the control at the remote control station, and traditionally, by the crew on board.

“The autonomous navigation technology has been tried on several ships for more than a year. In 2021 alone, 28 voyages were carried out, in which the technology was tested and proved to be applicable in practice”, said Nikolai Pozhidaev, President of Sitronics Group.

Both vessels, “Marshal Rokossovsky” and “General Chernyakhovsky”, will get autonomous class by Register of Shipping and required number of crew onboard will be reduced. “We expect that the introduction of autonomous navigation technology will significantly reduce the risks of navigation accidents connected with the human factor. Also, already at the first stage of new technology implementation we are expecting as high as 10% decrease in operation costs on each carrier”, said Kirill Gayda, DPA Rosmorport.

The carriers operate on more than 500 miles route between the ports of Ust-Luga and Baltiisk on Baltic Sea. Each vessel is about 200 meters of LOA and 27 meters of beam, with maximum draught of 6 meters. The electric power installation of both ships operates as dual-fuel equipment on diesel and/or LNG. Ships have ice reinforcement for Arc4 and can navigate in loose ice of 0.6–0.8 meters in depth. Annual cargo capacity for every carrier at the line Ust-Luga–Baltiisk is estimated as up to a million tons.

“This is important step towards practical autonomous navigation”, – said Alexander Pinskiy, head of MARINET Industry Association. “This time we will not just install experimental equipment for trials in real conditions, but will go through all the process of ship classification, certification by State Flag administration and port authority, and implementation of new technology for regular operation. This should be an example for further autonomous ships operated regularly”.