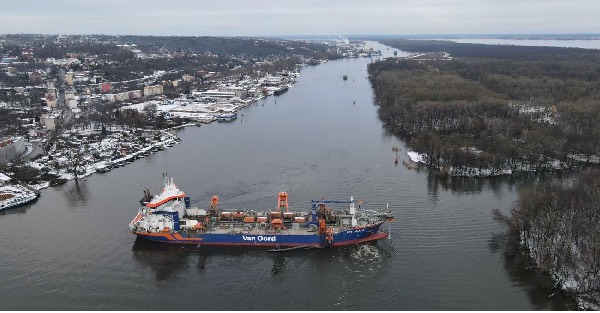 Van Oord and DEME are extremely proud to have accomplished the deepening of the Świnoujście-Szczecin Fairway, one of the most important dredging projects in Poland’s history. Together with the Ministry of Transport and the Maritime Office of Szczecin, the joint venture partners celebrated the official opening of  the 65 km Fairway today (May 9).

Providing access from the Baltic Sea, the Fairway runs between the city of Świnoujście and the Port of Szczecin. With approximately 24 million m3 of material dredged, the channel has been deepened by 2 m to -12.5 m, which enables the Port of Szczecin to handle the next generation of vessels.

Despite exceptional challenges, including carrying out most of the work during the pandemic and the presence of large amounts of unexploded ordnance, as well as thick ice in winter, the ambitious Design & Build project was completed on time, highlighting the tremendous efforts of the JV team. DEME’s cutter suction dredger ‘Amazone’ even mobilised at the very beginning of the pandemic, although there were lockdowns in both Poland and Belgium. When the project was nearing completion, it was hit by two heavy storms leading to a fresh build-up of sedimentation, which meant the team had to remobilise again to dredge to the target depth. 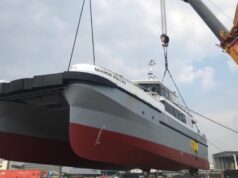 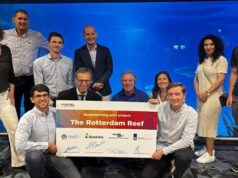 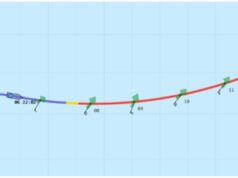