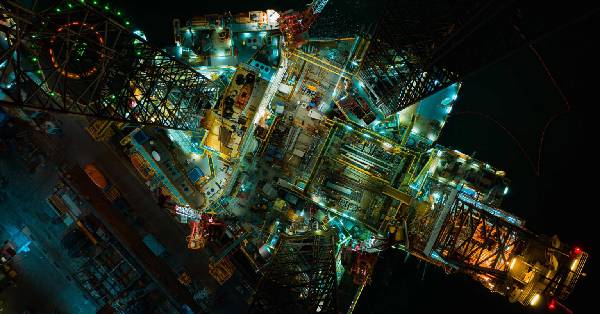 Some things are certain in the quest for a low-carbon energy system. Wind and solar will have a major role to play, for example. Hydrogen and carbon capture, utilisation and storage will be key for hard-to-abate sectors. But then there are areas where there is still a question mark. Nuclear energy is one of those. A mature low-carbon technology with proven scalability, nuclear looks like an energy transition winner on paper. The International Energy Agency notes that it is the second-largest source of low-carbon electricity today.

And “without additional nuclear, the clean energy transition becomes more difficult and more expensive—requiring $1.6 trillion of additional investment in advanced economies over the next two decades,” says the Agency.

As the oil and gas sector looks to gradually decarbonise and diversify, investigating options such as offshore wind and geothermal energy, is there an opportunity in nuclear, too? Recent years have seen big oil industry names such as Chevron, Eni and Equinor putting money into nuclear ventures—but that doesn’t mean the investment case is clear cut.

Before diving into this topic, it is important to consider where the nuclear industry is in terms of its evolution—and why there are potentially good, bad and ugly parts of the sector that oil and gas companies could target.

The ugliest part of the nuclear industry

Much of current nuclear policy, in markets such as Germany at least, is informed by safety concerns. Accidents such as Fukushima, and previously Chernobyl, have created the impression that nuclear is unsafe, resulting in public opposition. Without downplaying the severity of these incidents, advocates point out that the mortality from nuclear power is at least two orders of magnitude below that of fossil fuels. A different but also long-standing concern is in the need to transport, process and store radioactive waste over geological timescales.

Another possible criticism of nuclear is that it isn’t really 100% carbon free because of the energy used for plant construction, uranium extraction and so on. But again, the likely emissions are a fraction of what you get with fossil fuels. Instead, the ugliest part of the nuclear industry, at least as it stands today, is commercial viability.

Built on the back of massive government spending programmes in the 1970s and 1980s, modern nuclear stands as an important industrial sector, supplying around 10% of global electricity and moving something like $44 billion a year. Of course, that is puny by the standards of the oil and gas sector, which provides roughly half of all primary energy and counts revenues in trillions. This size difference would not matter if nuclear had massive growth potential. But it doesn’t.

In liberalised markets, new nuclear projects are beset with problems, mostly stemming from an odd characteristic of the sector. In most industries, if you build something lots of times you tend to be able to make it cheaper. But with nuclear reactors the opposite seems to happen. They get more expensive. As a result, new nuclear plant construction is practically at a standstill across most of North America and Europe, and the few plants that are being built are plagued with cost and schedule overruns.

Because they are so expensive, new nuclear plants are unlikely to ever provide electricity at competitive rates. In some US markets, the electricity from operational units is already so costly that operators are shutting down plants because it no longer makes economic sense to keep them open. The upshot is that the only markets where traditional nuclear energy still has a future are those where there is an overriding political will to support the construction of new plants. Of the 52 reactors under construction around the world today, more than half are in China, India and Russia.

If even the nuclear industry cannot get its projects to work in western power markets, the chances of there being an opportunity here for oil and gas is clearly remote. But is there a part of the nuclear industry that is not so ugly, and merely bad? Yes: it is called the small modular reactor (SMR) segment. Conscious that the massive reactors of yesteryear are too expensive and unwieldy for most modern electricity markets, the nuclear industry has for some time been working on smaller and allegedly safer designs that could be built on a serial basis, hopefully delivering economies of scale.

The nuclear industry believes these pocket-sized reactors, usually delivering less than 300 MW of electric output apiece, are the future of electricity production. Packed with passive safety features and small enough to be carried around on a trailer or a ship, SMRs could be parked wherever there is a need for low-carbon energy and supply communities and industrial complexes with steady power around the clock.

Best of all, governments in countries from Canada to the UK are ostensibly behind SMRs, perhaps hopeful of developing export markets if the technology takes off. The catch is that the SMR concept is still mostly just that—a concept. The only SMRs in operation today are designs adapted from mainstream nuclear technology rather than built-in the high-tech factory fashion proposed by the SMR community. The first ‘real’ SMRs are not likely to start operating until around the end of this decade.

And even when they do, there is reason to believe that multiple competing designs will stymie the chances of ever achieving scale economies through serial production. Thus, even SMRs, which are the nuclear industry’s current best hope for growth, would seem an overly risky bet for oil and gas. What, then, of the investments being made by Chevron, Eni and Equinor? It turns out these companies are not backing nuclear as we know it, but an entirely new form of energy generation. Traditional nuclear plants and SMRs make energy from fission: splitting the atom.

But the investments made by oil companies into nuclear so far are focused on fusion: smashing atoms together to produce the kind of energy that powers the sun. Conceptually, fission reactors are the stuff of science fiction, producing unlimited amounts of power from hydrogen, the most common substance in the universe, and producing little in the way of long-term radioactive waste. In practice, though, harnessing the reactions that power the stars is no easy task.

Is fusion a better bet?

Research teams such as the one behind Europe’s International Thermonuclear Experimental Reactor have been working on the problem since the 1970s with only snail-paced progress, earning fusion the reputation as an energy source that is 50 years away—and always will be. In recent years, though, progress has been made, and a group of startups has set out to challenge this thinking with seemingly rapid progress towards commercial fusion reactor production. One hopeful, Commonwealth Fusion Systems (CFS), aims to have a working prototype by 2025.

Another, Zap Energy, is aiming to achieve ‘energy breakeven’—a key milestone where the power coming out of a fusion reaction equals the amount going in—next year. These are companies that the oil and gas sector is interested in, with CFS attracting backing from Eni and Equinor and Zap—which has a couple of ex-oil company executives on its board—being funded by Chevron.

Zap’s president and co-founder, Benj Conway, has highlighted the parallels between fusion and oil and gas, noting that both involve complex, capital-intensive, technology-driven projects. Plus, there is the potential payback: although the chances of succeeding in fusion are uncertain, oil and gas companies can buy a substantial stake in a start-up for relatively little outlay and be assured of an almost unlimited market if the bet pays off.

That may make fusion a good option for big oil companies with cash to burn and the project management skills to develop a new industry from scratch. For the rest of the oil and gas ecosystem, though, the argument is not so clear. To paraphrase Clint Eastwood, you would have to feel very lucky to get involved in nuclear power.

The digest: this month’s key headlines