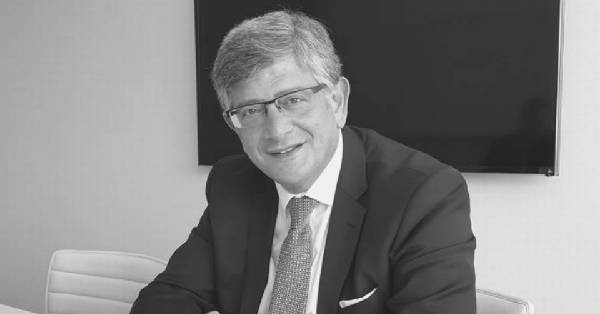 At the Maritime London 2021 AGM held on the 11 January 2022, Lord Mountevans stepped down as the association’s Chair, with Vice Chair Harry Theochari appointed as his successor.

“Lord Mountevans has been a conscientious and dedicated Chair, a constant source of sound advice and a faultless figurehead for Maritime London both at home and overseas. I would like to thank him sincerely not only for his steadfast commitment to the association but also for the trust he has put in me and all the support he has provided.

“Harry Theochari not only brings great commercial experience, but he is also very well known in the UK and internationally. He has excellent ties within the UK government and, importantly, is passionate about Maritime London and its objectives. I have no doubt he will do a superb job and guide the association through the exciting times ahead.”

“It is a great honour to be taking the helm from Lord Mountevans. He has achieved so much during his tenure particularly in raising the global standing and profile of Maritime London, our members and, indeed, all the maritime industries of the United Kingdom. I look forward to working with our Chief Executive Jos Standerwick, my fellow directors and the membership at this pivotal time for our Industry as we face the challenges of decarbonisation, new and disruptive technologies and the inevitable legal and regulatory changes and commercial upheavals that will be part of this endeavour.”

Maritime London’s two longest serving directors, Richard Sayer and Peter Ahlås, also stepped down at the meeting and will be replaced on the board by Andreas Bisbas of Tsakos Shipping (London) Ltd and Simon Lockwood of WTW.

“Richard Sayer is not only our longest standing board member, he also served with distinction as Chair from 2003 to 2006. Richard oversaw the appointment of Doug Barrow as Chief Executive, during a time when the association was finding its feet. Throughout his tenure as a director Richard has provided sage counsel based on his experience as an admiralty lawyer and as chairman of a leading shipbroking house. He continues to have an unwavering commitment to Maritime London.

“Peter Ahlås is a man of many talents. His professional life, while centred in shipping continues to be wonderfully diverse and as a consequence he has been an invaluable source of knowledge and counsel to the board and to the Chief Executive. Peter is a great adventurer, but whether he is in a yacht in Arctic waters or deep in a Swedish forest, if there is a phone signal, he will always pick up and be ready to help the association. Peter will continues to be a leading member of the Maritime London Officer Cadet Scholarship trustee board.

“Andreas and Simon bring to the board different but complementary skillsets whose expertise and commitment will make them superb additions to the Maritime London board.

“Maritime London is in rude good health. We have an excellent board, with a strong and relevant mix of talents, the membership continues to grow – we introduced eight new members to association last year. We are seeing substantive results from our stakeholder engagement, and I believe our events and webinars provide some of the best content of any events in the industry and as such we continue to promote our members and showcase the unparalleled expertise that exists in the market. I have no doubt the association will go from strength to strength under Harry’s tenure and I look forward to supporting the association in any way I can – albeit from the sidelines!”