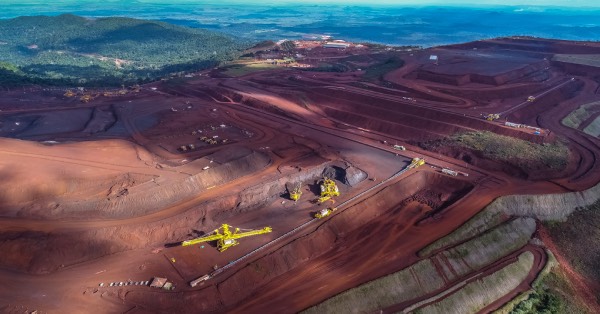 Vale informs that it has partially halted trains service on the Estrada de Ferro Vitória a Minas railway  and the production in the Southeastern and Southern Systems to guarantee the safety of its employees and communities and due to the heavy rainfall level in Minas Gerais.

In the Southeastern System, the EFVM was halted in Rio Piracicaba – João Monlevade stretch, restraining the expedition of Brucutu and Mariana complex’s production, which production was halted. The Desembargador Drummond – Nova Era stretch was also halted, but it is in resumption stage and did not impact Itabira complex production.

In the Southern System, due to the interdiction on stretches of the BR-040 and MG-030 highways, the safety of employees/third parties’ transit and the mining fronts infrastructure, production at all the complexes is temporarily halted.

Vale is taking all the necessary measures to resume activities, focusing on the necessary precautions to ensure the safety of employees and communities located nearby its structures.

The Northern System continues to operate in line with the production plan, which considers the seasonal impact of the rainy season on all operations and, therefore, Vale reiterates its production guidance of 320-335 Mt for 2022.

Vale continues to monitor the rainfall scenario in Minas Gerais and monitor its dams 24 hours a day, in real-time, through the Geotechnical Monitoring Centers. It should be noted that there was no change in the emergency level in any of its structures, which are permanently monitored by inspections, maintenance, radar, robotic stations, video cameras and instruments such as manual and automatic piezometers.