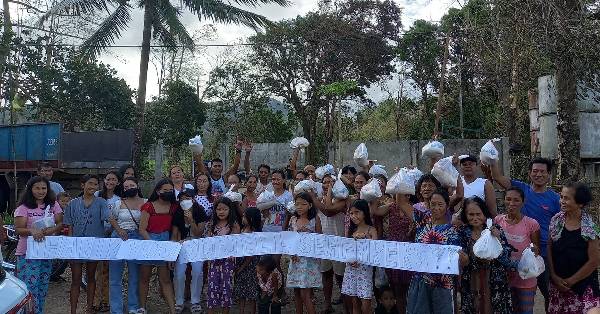 The super typhoon that made landfall in the Philippines on December 16, 2021, had disastrous consequences for the local communities and affected around 2.6 million people. Odfjell and other Norwegian shipowners joined an initiative to donate funds for emergency aid.

The typhoon was the most powerful storm to hit the Philippines in 2021. It caused much harm to people, community buildings and homes, infrastructure, hospitals, schools, fields and boats, and supply chains of food, water and other essential goods.

Odfjell contributed with funds directly to the 115 Odfjell families who resided in the most affected areas, and donated to the Red Cross to support their work in helping affected communities. The donation was echoed by other Norwegian maritime companies, following an initiative by the Norwegian Training Center and the Norwegian Shipowners’ Association. The initiative was in line with an emergency appeal launched by the Red Cross and Red Crescent Societies to fund long-term relief efforts.

Despite being affected themselves, Odfjell’ers in the area also took the initiative to extend help to neighboring communities. The funds they raised were used to purchase a portable generator and essential grocery items. On Christmas Day, more than 130 families in Barangay Tinongan, Isabela, Negros Occidental recieved the food packs.