Cyprus Shipping News
Home Top News What you need to know about the upcoming change in Brexit customs... 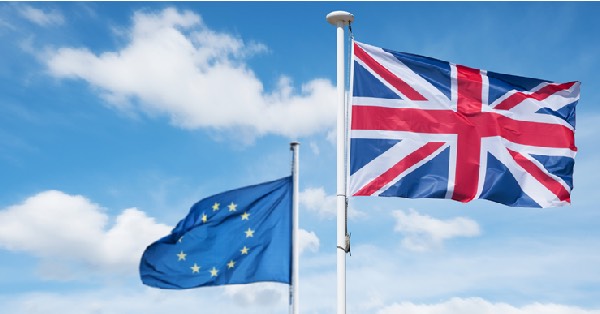 On 1 January 2022, a new phase of Brexit is expected to take effect, and with this, full customs controls will come to apply when importing and exporting goods to and from the UK. Learn what you should be particularly aware of in connection with the upcoming change and how to best prepare your business for it.

Almost a year has passed since the Brexit transition period ended and the United Kingdom officially left the EU.

During this first year of Brexit, there has been an easing in period which has allowed businesses to delay the full customs clearance on import of non-controlled goods to the UK to make the transition to Brexit progress more smoothly. However, on 1 January 2022, the second phase of Brexit is expected to take effect, meaning that full customs controls will be implemented and a new border operating model will be introduced.

How to prepare for phase two

At DSV, we have undertaken a number of measures to ensure that we are prepared for the changes that will expectedly take effect on 1 January:

“Over the course of 2021, we have changed our customs processes for much of the cargo we transport for our customers so that they already adhere to new requirements. For this reason, we are well-prepared to accommodate the full customs controls from 1 January 2022,” explains Jesper Hansen, Executive Vice President and part of the DSV Brexit Project Board.

Right now, we cannot predict exactly what the consequences will be as we enter phase two of Brexit. However, Jesper Hansen expects that the upcoming transition will have a smaller impact on the market than the previous one did:

“I don’t expect that we will see the same consequences of Brexit as the ones we faced in Q1 and Q2 of 2021, but the changes from 1 January will for sure put more pressure on the border crossing and the border facilities, particularly on the English Channel.”

To make the upcoming transition to the second phase of Brexit progress as smoothly as possible, we provide our customers with the following pieces of advice:

From 1 January 2022, it is expected that the current extraordinary, simplified procedures for delaying full customs clearance on import of non-controlled goods to UK will no longer be available. Only businesses with Customs Freight Simplified Procedure (CFSP) approval from Her Majesty’s Revenue and Customs (HMRC) will be still able to delay their customs clearance.

Therefore, the updated border operating model, which will apply as of 1 January 2022, is based on three operating processes: