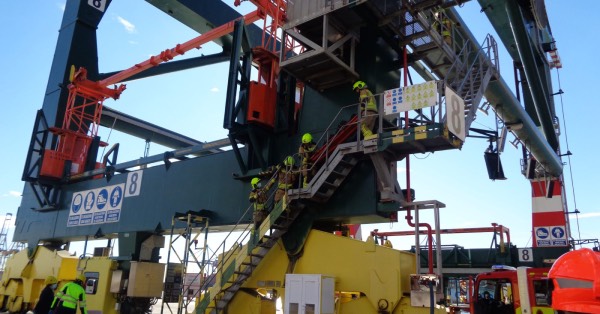 The Port Authority of Valencia  has carried out a rescue drill of a crane operator in the facilities of one of the terminals of the port precinct, an exercise that serves to check the efficiency of the Self-Protection Plans of the PAV and the port community.

Specifically, the drill consisted of the rescue of a crane operator who was left unconscious inside the cabin of a crane in one of the terminals of the port area, due to the emission of smoke from the fire of some containers on the deck of a ship moored at one of the port’s docks, as well as the extinguishing of the fire.