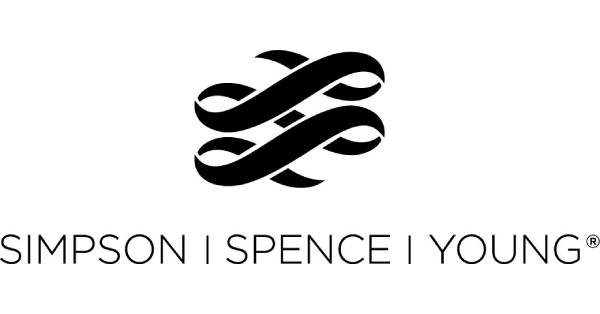 SSY Research look at three ways in which China can shape the dry bulk freight market in the coming months:

1. Coal. How will import volumes be shaped ahead of what is expected to be a severe  winter given international and domestic supply tightness?

3. Queues. The role of port congestion.

This year’s soaring coal (and gas) prices have forced an urgent drive to build inventory ahead  of what is expected to be a severe winter. The prospect of a second successive La Niňa weather event (and the highest snowfall since 1905 in one part of Northeast China), had been an apparent positive for coal burn.

However, the strength of the steam coal price became a trade negative from the point of view of (1) demand destruction, due to power rationing, and (2) government interventions to  introduce a series of price caps and meetings with domestic mining companies, which have  led to buyers refraining from coal purchasing. The ensuing lull in purchasing activity helped pull both delivered prices of imported coal and Pacific freight markets lower.

Efforts earlier this year to lift coal output at domestic mines had previously been hampered by  accidents and resulting safety checks, plus intermittent pollution controls and scheduled rail  maintenance.

Yet October proved to be a monthly all-time high for coal production, according to official NBS  figures, with a daily record for coal output reported by the National Development and Reform  Commission on 10 November, so sending a signal to the market that domestic supply was on  its way.

Stockpiles at coastal utilities have risen to “safe” levels of 15 days, according to figures from  the China Coal Transport and Distribution Association quoted by IHS.

Whereas a chief constraint on seaborne trade in recent months had been a lack of export  availability for both steam and coking coal due to supply issues extending from Indonesia to  North America, Russia and South Africa, the chances of a coal import revival now rest on the  success of government efforts to boost affordable domestic coal supply as well as on international availability.

Steel fundamentals in China have been deteriorating since mid-year, with the fate of China Evergrande among other property developers adding to concerns.

As well as the usual efforts aimed at combatting winter air pollution in areas of North China, steel production controls were apparently introduced in mid-2021 and aimed to limit full-year  output at 2020 levels. As 1h21 production had already risen 60 Mt year-on-year, to meet this  goal a 60 Mt annual drop was required in the 2h21. Thanks to the subsequent steep drop in  steel output through to October, the effect on apparent steel consumption (production plus imports minus exports) has been dramatic. From a May peak of around 95 Mt, apparent steel  demand has slumped by 28% to 68 Mt by October.

Already imports of iron ore into China fell year-on-year by 64.6 Mt in May-October inclusive  (to 552 Mt), while stockpiles at 42 ports surveyed by Umetal gained 21 Mt in the seven weeks  to 12 November.

Having been resilient until mid-October, the price of rebar steel in China has softened from $780/t in mid-October to $615/t by 16 November, according to price assessments from World  Steel Dynamics.

Steel stockpiles are in decline, judging by data for major Chinese cities, but are falling at a slower pace than last year and are at least one third higher than this time of year in 2018 and  2019.

Further complicating the outlook has been the timing of the Beijing Winter Olympics in  February 2022 with several events to be held in Hebei province, still the single-largest province  for steelmaking. True to form, extended restrictions on steel production and iron ore sintering  during the 1q22 have already been announced, which threaten steelmaking raw material  demand and affect the capacity for mills to lift output once 2021 restrictions expire.

In terms of port congestion, the onset of winter can be expected to add to turnaround times in  China. However, following peak congestion in August, further easing has been underway in  recent days. The number of laden Capesizes waiting to berth has dropped by an estimated  30 vessels between late October and mid-November. Similar trends are present for  Panamaxes and geared vessels.

In addition to smooth port operations in the absence of severe weather conditions, lower  numbers of inbound vessels in general may assist in reducing queues at the country’s  terminals.

The potential for a revival of Chinese coal imports in the winter months will be shaped by  domestic coal supply, with a change in trade dynamics into China one of the necessary conditions for a revival in the freight market.

While every care has been taken to ensure that the information in this publication is accurate, SSY can accept no responsibility for any errors or omissions or any consequences arising therefrom. Figures are based on the latest available information, which is subject to subsequent revision and correction. The views expressed are those of SSY Consultancy and Research Ltd and do not necessarily reflect the views of any other associated company.