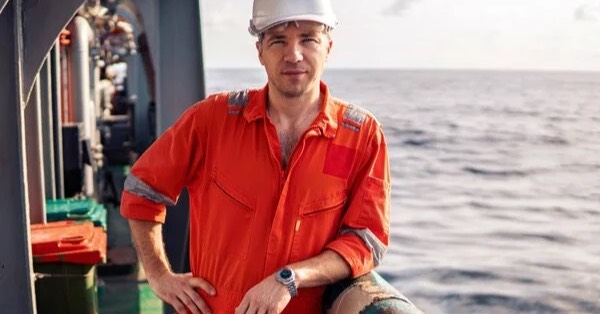 Specialist marine and energy insurer Standard Club is expanding its presence in the Asia-Pacific region with some key appointments and an enhanced suite of services. These include the launch of the Coastal & Inland class in Asia and three significant appointments in Hong Kong aimed at strengthening support for members and partners in the region and to bolster business development.

“The Asia-Pacific region continues to power ahead. We are proud to be able to support its growth from our world-class marine and energy insurance platform based out of Singapore and Hong Kong offering a diverse range of products, with local decision-making authority. We are building on our long-standing regional presence and products by introducing our Coastal & Inland class into Asia early next year and growing existing products such as Strike and Delay, whilst developing our team and enhancing communications with members.”

In a move signalling its long-term commitment to the North Asia and Greater China markets, Standard’s current managing director for Ireland, Robert Drummond has been appointed as Group Commercial Director and will be based in Hong Kong from where he will lead the club’s commercial development in the region. Robert has worked in various senior roles in his 37-year career at the club, including his previous role as Head of Standard Asia (2005-2010).

To support its expanding business in Greater China, the club has recruited a marine surveyor and an additional underwriter to join its Hong Kong team. These appointments will enhance the service to members and will assist in the development of the club’s facility with Ping An, the leading insurer in China.

A key strength of Standard’s position in Asia is its partnerships with Ping An, Tokio Marine and Korea P&I Club.

Standard Club’s joint venture with Tokio Marine & Nichido Fire (TMNF) has gone from strength to strength and now underwrites 10% of P&I business in Japan. In April 2021, the club opened a new claims office in Tokyo in order to further enhance the service provided to the members of TS21. The office is led by experienced Japanese Claims Director, Masaki Maeda, who is working with TMNF to ensure continuing first class claims service to Japanese shipowners. ­

To improve communications for Asian members and brokers, Standard Club has launched a Japanese hub within the club website and a Mandarin language hub is currently being developed. The WeChat social media platform will soon also be available, offering news, insight and guidance to Chinese members.

Standard Club is also enhancing its existing suite of services with the launch of its Coastal & Inland class in Asia in February 2022. The class provides specialist cover to commercial coastal vessels – typically up to 10,000gt – operating in harbours and coastal areas.

The club believes this move will provide members and owners with more choice of insurance provision for coastal vessels, backed by its robust financial strength and expertise in the market gained over the last 50 years.

With a localised team that prides itself on service excellence and a flexible approach to underwriting, Coastal & Inland class members will be supported from the Singapore office. The rollout of this class will initially be focused on the Singapore, Hong Kong, Indonesian and Thai markets.

The Coastal & Inland class will join a host of other services the club offers such as Strike & Delay, a primary business interruption cover that protects a shipowner or charterer when their vessel is held up by strikes, port closures, collisions, breakdowns, and other unexpected delays. Strike & Delay is quickly gaining traction as members seek to protect themselves from the risk of delay and the impact it can have on their business.

The club’s ability to offer localised services to members from its Singapore and Hong Kong offices, with underwriting carried out locally and an in-house team managing claims and loss prevention, showcases its strength as a market leader in the P&I sector in Asia.