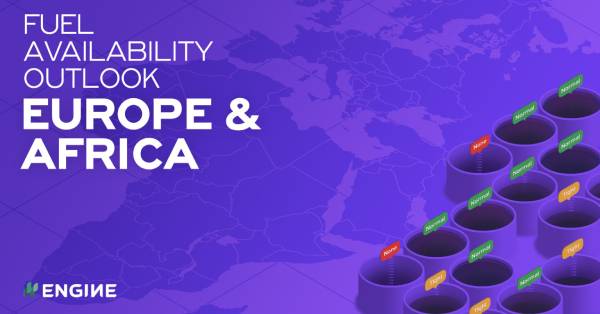 Bunker fuel oils are tight for prompt dates with several suppliers in Rotterdam, while ships face bunkering delays from weather suspensions in Malta and Algoa Bay.

Backwardation in Rotterdam’s forward curves for HSFO380 and VLSFO could have made it less lucrative to store product over time. ARA’s independent fuel oil inventories fell to three-month lows of 6.52 million bbls last week, according to Insights Global estimates. There was far less fuel oil stored in the bunkering hub than on average over the past five years.

Supply constraints at the VLSFO-producing Sines refinery in Portugal may also have reduced available volumes in the region.

There were slight bunker delays in the Gibraltar Strait on Wednesday, port agent MH Bland says. Two suppliers in Gibraltar were running 1-3 hours behind schedule. Delays had mounted in Algeciras, with two suppliers 2-8 hours behind, and one supplier around half a day behind.

Bunkering was suspended across all of Malta’s offshore bunkering areas on Wednesday. Operations were halted in most areas when the weather worsened on Tuesday. Strong winds and high swells are expected off Malta until Friday, and may divert vessels with options to bunker in Gibraltar and other ports instead.

The wind direction is forecast to switch from easterly to westerly as the winds calm through Friday, and could enable suppliers to deliver stems in more sheltered bunkering area off Malta’s east coast then.

Fuel availability remains steady across grades in key Mediterranean and South African ports, including Gibraltar, Malta, Istanbul and Durban. Longer lead times are advised for HSFO180 stems in South African ports, however, as suppliers might not be able to accommodate deliveries on prompt dates.

Wind gusts were forecast to peak at more than 40 knots in Algoa Bay on Wednesday afternoon, and push waves up above 4 metres. Thursday could see calmer conditions, before three more periods of high winds are expected on Friday, Sunday and Monday.

Bunker operations can typically be suspended with swells of more than 2.5 metres and wind speeds of more than 25 knots, but this is up to the master’s discretion.

22 vessels are due to arrive for bunkers between Wednesday and Monday next week, some of which face delays, Sturrock Grindrod says.
Source: ENGINE