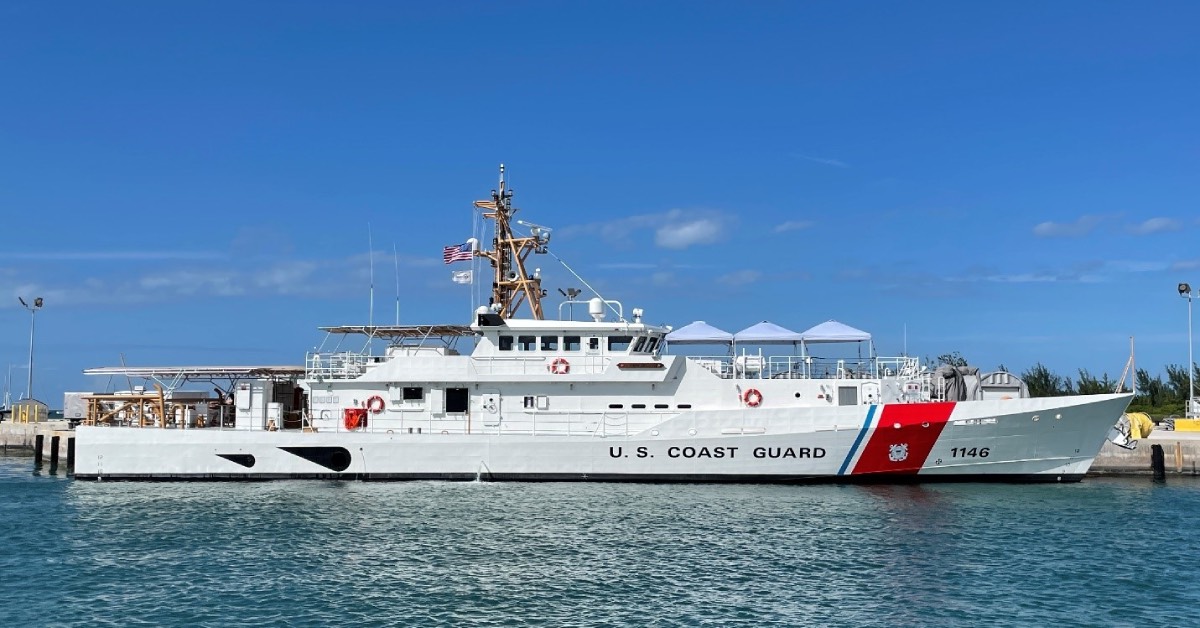 USCGC John Scheuerman is the fifth of six cutters destined for overseas operations in Manama, Bahrain

Bollinger Shipyards  has delivered the newest Sentinel-class Fast Response Cutter, the USCGC John Scheuerman, to the U.S. Coast Guard in Key West, Florida nearly one week ahead of schedule despite a three week shutdown due to the significant damage sustained to Bollinger’s facilities during Hurricane Ida. The storm made landfall in late August near Port Fourchon, Louisiana as a powerful Category 4 storm. Bollinger’s facilities in Port Fourchon, Lockport, Houma and Larose suffered significant damage as a result of Hurricane Ida, which tied with last year’s Hurricane Laura and the Last Island Hurricane of 1856 as the strongest on record in Louisiana.

“While every delivery is meaningful, being able to deliver this vessel nearly a week early despite everything our crew has faced over the past month is nothing short of remarkable,” said Bollinger President & CEO Ben Bordelon. “We had folks who lost everything in that storm. Our yard where we build the FRCs took a beating and was shuttered for three weeks while we rebuilt. This vessel and this delivery is a win our folks really needed and it reflects the resilience, commitment and tenacity of the 650 skilled men and women that built it.”

On September 24th, following an extensive multi‐week recovery and rebuilding effort, Bollinger welcomed employees back to all 11 of its facilities across Louisiana. Bollinger’s Lockport facility is home to the FRC program, which directly supports 650 jobs. The USCGC John Scheuerman departed Lockport on Monday, October 11th for Bollinger’s Fourchon facility where it performed a shakedown excercise prior to dry docking for final inspection in preparation of its delivery. The Cutter departed Fourchon for Key West, FL on Sunday, October 17th .

The USCGC John Scheuerman is the 169th vessel Bollinger has delivered to the U.S. Coast Guard over a 35-year period and the 46th FRC delivered under the current program. The USCGC John Scheuerman is the fifth of six FRCs to be home-ported in Manama, Bahrain, which will replace the aging 110’ Island Class Patrol Boats, built by Bollinger Shipyards 30 years ago, supporting the Patrol Forces Southwest Asia (PATFORSWA), the U.S. Coast Guard’s largest overseas presence outside the United States.

U.S. Coast Guard Commandant Adm. Karl Schultz has previously lauded the “enhanced seakeeping capabilities” of the PATFORSWA-bound FRCs, saying the ships are going to be “game changing” in their new theater of operations. Last week, at the commissioning ceremony for the USCGC Emlen Tunnell—another Bahrain-based FRC—Adm. Schultz noted that these ships will “conduct maritime security operations, theater cooperation efforts, and strengthen partner nations’ maritime capabilities to promote security and stability in the region, as well as thwart the increasingly aggressive and dangerous maritime activities of the Iranian Revolutionary Guard Corps.” He went on to say that these FRCs are “a perfect complement to the capabilities of both the Navy and Marine Corps. United, we bring a range of maritime capabilities to employ across the cooperation-competition-lethality continuum.”

Each FRC is named for an enlisted Coast Guard hero who distinguished themselves in the line of duty.

John Scheuerman, Seaman First Class, United States Coast Guard Reserve was posthumously presented the Silver Star Medal for service as set forth in the following citation:  “For conspicuous gallantry and intrepidity in action while serving on board the U.S.S. LCI (L) 319 during the amphibious invasion of Italy, September 9, 1943.  Observing an enemy fighter plane diving in for a strafing attack as his vessel approached the assault beaches in the Gulf of Salerno, SCHEUERMAN unhesitatingly manned his battle station at an exposed antiaircraft gun and, with cool courage and aggressive determination, exerted every effort to direct accurate gunfire against the hostile aircraft.  Although mortally wounded before he could deliver effective fire, he remained steadfast at his post in the face of imminent death, thereby contributing materially to the protection of his ship against further attack.  SCHEUERMAN’s fearless action, great personal valor and selfless devotion to duty under extremely perilous conditions were in keeping with the highest traditions of the United States Naval Service.” Scheuerman also posthumously received the Purple Heart Medal. 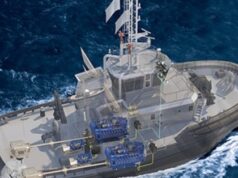 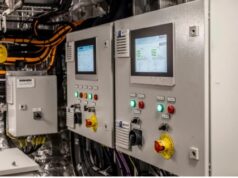 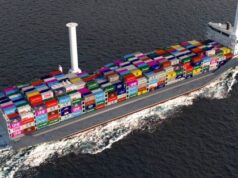