On the occasion of the celebration of the World Maritime Day, which has been established in recognition of the importance of shipping for global trade and as this year’s festivities aim to promote the work performed by seafarers, both in times of crises, such as the current situation, but also in ordinary times, the President of the Union of Greek Shipowners (UGS), Mr. Theodore Veniamis, stated:

“The Greek shipping community fully acknowledges the vital role of all seafarers who serve onboard its vessels worldwide, Greek and third-country nationals, officers and crews and wishes them safe seas. The UGS, committed to promoting the welfare of our seafarers, an essential condition for also the smooth operation of maritime transport, urges once again governments around the world to designate seafarers as “key workers”, in order to facilitate their movement to and from ships and to prioritise their vaccination against COVID-19. I would also like to reiterate that the revival of seamanship remains a top priority for our shipping community, so as to preserve the know-how and maritime tradition of our nation.”

The Union of Greek Shipowners supports the Greek Prime Minister’s call for a European Research Centre for Alternative Marine Fuels and Technologies and stands... 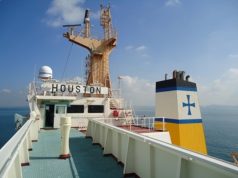 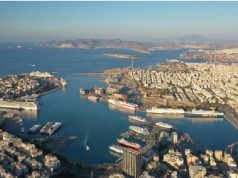