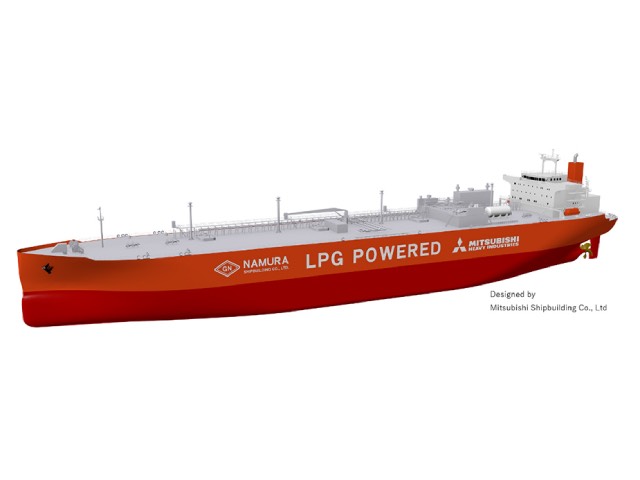 Namura Shipbuilding will construct the two vessels at its Imari Shipyard, under a technical tie-up with Mitsubishi Shipbuilding. The vessels, which can also run on LPG fuel, are slated for delivery in succession after 2023.

LPG, as fuel, can reduce CO2 emissions by about 20%, and SOx, PM, and so on by about 90% in comparison with fuel oil. The new carriers are designed to maximize fuel efficiency, and are cutting-edge environmental-friendly vessels in conformity with EEDI Phase 3 which will be applicable for VLGCs contracted after 2022.

Ammonia is drawing attention as a next-generation clean fuel that does not emit carbon dioxide when burned, and as “hydrogen carrier” that can be used to transport hydrogen. The newly ordered vessels are also designed to transport ammonia, and are presently the world’s largest-scale ammonia carriers. Furthermore, the vessels will be built with an eye toward conversion to ammonia fuelled in the future because LPG and ammonia fuels have similar characteristics.