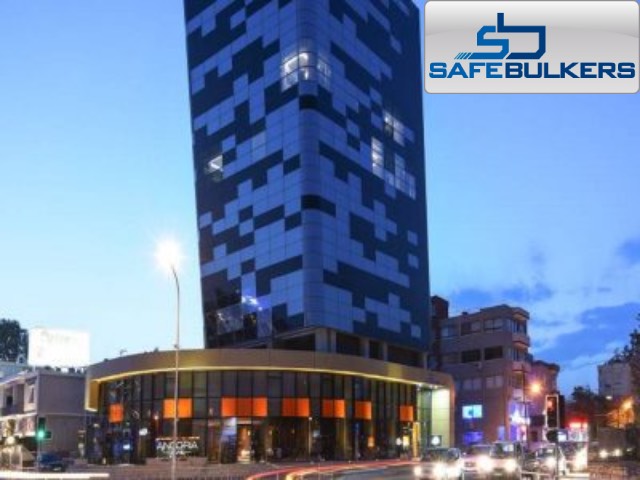 Safe Bulkers an international provider of marine drybulk transportation services, announced today that in relation to its fleet renewal strategy, it has entered into a twelve-month bareboat charter agreement, with a down payment by the Company of $4.5 million on signing, a payment of $4.5 million on delivery of the vessel to the Company scheduled for the fourth quarter of 2021, a payment of a daily charter rate of $14,500 over the period of the bareboat charter and a purchase option in favor of the Company at the end of the charter period of $18.0 million for the acquisition of a 2012, Japanese- built, dry-bulk 181,000 dwt, Capesize class vessel.

Including this agreement and the previously announced agreements, the Company has contracted to acquire four second-hand vessels: i) the 2011-built, Panamax class, MV Paraskevi 2, delivered to us in March 8, 2021; ii) the 2013-built, Panamax class, MV Koulitsa 2, delivered to us in July 26, 2021; iii) the 2013-built, Post-Panamax class vessel to be named MV Venus Harmony, scheduled to be delivered in October 2021; and iv) upon the exercise of the purchase option, the 2012-built, Capesize class vessel, to be named MV Stelios Y, scheduled to be delivered in the fourth quarter of 2021, having sold six vessels and having an order book of eight Japanese newbuild vessels.

Dr. Loukas Barmparis, President of the Company commented: “Selectivesecond-hand acquisitions and newbuild orders are within the context of our fleet renewal strategy.”