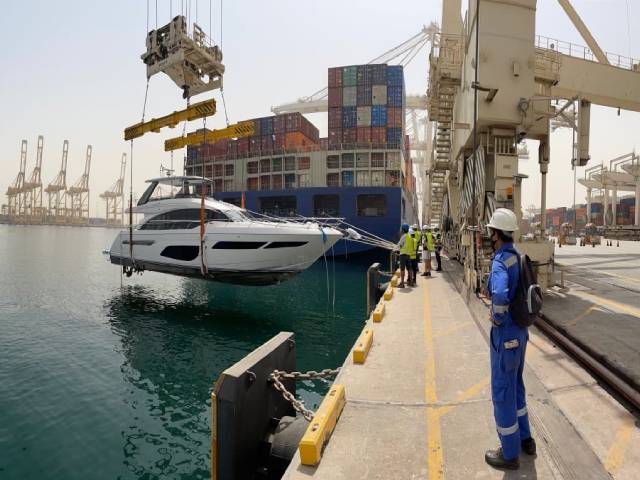 As we enter the third quarter of 2021, the global marine transport and logistics provider Peters & May is working round the clock to mitigate the collective impact of several significant factors upon the freight transport infrastructure.

An accumulation of adverse circumstances is currently placing the shipping industry under an unparalleled degree of pressure. The first and most obvious cause of disruption is the pandemic, which has engendered a whole series of challenges in itself.

For many months, the seat of the problem was inevitably related to global lockdown restrictions and port closures. However, now that factories and ports are gradually starting to reopen, cargo movements have increased dramatically, so the emphasis has shifted to clearing the enormous backlog of shipments that have accrued over the preceding months.

A number of interrelated difficulties are slowing this process. The sheer amount of vessel traffic, coupled with fewer cargo handlers owing to continuing restrictions, is unavoidably leading to port congestion and a lengthier turnaround of ships in ports. Delays to vessel schedules could vary from a few days up to several weeks, in some instances.

Additionally, many suppliers are being frustrated in their attempts to organize shipments because vessels are already fully booked up with deferred consignments from the midst of the pandemic. This situation is exacerbated by bookers who can secure preferential slots because they are able and willing to pay higher costs for their cargoes. (This would include, for example, the transportation of goods such as wind turbines which are partly subsidized with a substantial injection of government funding.) As a consequence, the average rate for shipping a standard 40ft container (FEU) has quadrupled over the last year.

There has also been a hefty escalation of customs clearance requests for general forwarding and yacht transport into and out of the UK in the seven months since Brexit took effect in January 2021. Peters & May has seen a related upsurge in owners wishing to relocate their yachts back to the UK within the time limit so as to avoid incurring VAT charges: the company is loading 10 yachts in Greece alone this month for shipping to Southampton.

Inevitably, these combined concerns have affected the work carried out by Peters & May. “We fear that this situation will prevail for the remainder of the year,” says Peters & May CEO Simon Judson, “so rather than shy away from it, we’re factoring these issues into our quotes and taking this opportunity to make our customers and business partners aware of potential price increases and transport delays.

“We have very strong relationships with our suppliers and shipping lines and are working closely together to ensure that bookings and quotes are handled efficiently. However, we must be realistic in acknowledging the possibility of delays in obtaining quotes and route information, as well as potential delays for the actual transports and shipments.”

Despite the setbacks, Peters & May reports that the signs are cautiously hopeful. The company’s forwarding and courier services are both doing well, while the appearance on the horizon of worldwide racing events and boat shows has allowed P&M to plan sailings around the relevant dates. “We have in fact just shipped the ClubSwan 36 fleet of nine high-performance racing yachts so they can participate in the Copa del Rey in August and the Nations Trophy in September,” Simon Judson remarks. “Many of the challenges obviously still remain,” he adds, “but our customers should be reassured that we’re working systematically to support their requests as quickly as possible, with the minimum of disruption.”