The contract value is RUB 18.5 billion

FSUE Rosmorport says that it has signed with Petrozavodsk, Karelia based ONEGO Shipyard (OSSZ) an agreement for the construction of two innovative icebreakers with dual-fuel propulsion (Project 23620).

The icebreaker newbuilding project is part of the Comprehensive Plan for the modernization and expansion of main infrastructure (CPME).

The contract is valued at RUB 18.5 billion.

The Icebreaker 7 class 12-14 MW vessels will be able to sail in the 1.5-m thick ice, with unrestricted navigation and will be able to operate year-round in the Baltic, White, Barents and Pacific seas.

Such types of vessels have not yet been built in Russia. This is the first Russian project of an icebreaker with LNG powered propulsion. The use of LNG as marine fuel will cut CO2 emissions by 20-30%, of NOx – by more than 90%, SOx and particulate matters – by 100% compared to ships using conventional heavy fuel oil.

The Project 23620 icebreaker is also the world’s first LNG-fueled icebreaker outfitted with DP2.

FSUE Rosmorport is the world’s largest owner of icebreakers fleet. Under the CPME plan Rosmorport will build 10 icebreakers by 2030, reducing the average age of the icebreaking fleet to an average of 25 years.

Onezhsky Shipbuilding, Ship Repair Yard (ONEGO Shipyard) was founded in 2002 on the basis of ship repair facilities of the Belomorsky-Onezhsky Shipping Company, formed in 1944. In 2011, after the enterprise management dismissal the shipyard production was suspended and was followed by the firm’s bankruptcy procedure. In late 2014 the enterprise was transferred to the state ownership with FSUE Rosmorport as the yard Founder and resumed its shipbuilding and ship repair business. 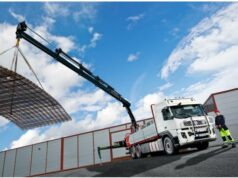 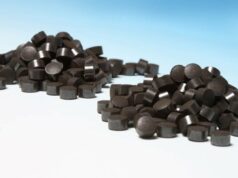 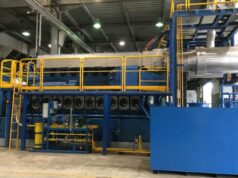