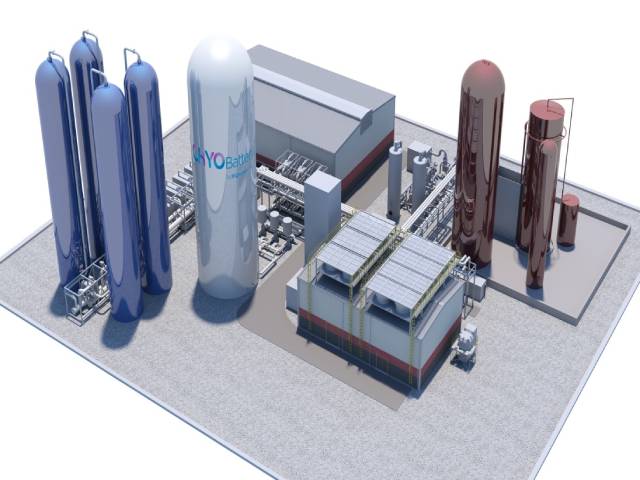 MAN Energy Solutions has formally signed a contract to provide its LAES turbomachinery solution to Highview Power’s CRYOBattery™ facility. The signing took place at Highview’s London offices and follows on the agreement previously reached by the companies in April 2021. Highview, a global leader in long-duration, energy-storage solutions, is currently constructing a 50 MW liquid-air, energy-storage facility – with a minimum of 250MWh – at Carrington Village, Greater Manchester (UK).

Wayne Jones OBE, Chief Sales Officer and Member of the Executive Board of MAN Energy Solutions said: “It has been pending for some time and it is very pleasing to take care of the formalities. We have worked hard to get to this point and cementing this exciting partnership with such a high-calibre company as Highview Power, a world-leading expert in the storage industry is very satisfying.”

Jones continued: “Carrington is a unique project and a litmus test for the future of zero-carbon storage technology, not just in the United Kingdom but globally. Indeed, many interested parties will be watching developments closely. Simply put, the technology’s potential is limitless – we already see multiple opportunities for its further application beyond this project’s successful conclusion. For the first project to happen in my home town is even better!”

Andy Burnham, the Mayor of Greater Manchester added: “This world-first project demonstrates exactly how Greater Manchester is putting itself at the forefront of the next industrial revolution in sustainable low-carbon technologies.

“We know that there are good green jobs in new industries just waiting to be created right across Greater Manchester and the North West, and we hope that the Carrington storage facility will help us pioneer those skills and give a boost to our ambition of becoming carbon neutral by 2038.”

The liquid-air energy-storage plant uses cryogenically liquefied air as a medium for storing energy. Off-peak or excess electrical energy is used to compress ambient air and liquefy it in the charging cycle. The liquefied air is stored at low temperatures in insulated tanks. When power is required, liquid air is drawn from the tanks and evaporated again in the discharging cycle to generate electricity. The system efficiency is increased by using the stored cold and the compression heat. LAES is especially suitable for special applications that require large amounts of energy over a discharge time of several hours, and enables fluctuating, renewable sources to bear base-loads. The MAN turbomachinery train will form the core of the CRYOBattery facility that, upon completion, will form one of Europe’s largest battery-storage systems. This will ultimately supply clean, reliable, and cost-efficient long-duration energy storage – primarily from renewable sources.

Construction of the CRYOBattery™ began in late 2020 with commercial operation set to commence during 2022. Highview Power will operate the facility in partnership with Carlton Power, a UK independent power-station developer.