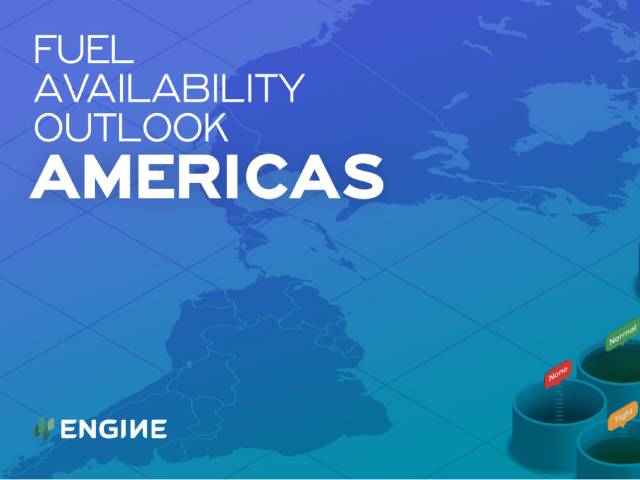 US fuel oil inventories are at their lowest point since 1 January, after stocks in the Gulf Coast region fell by 6% on the week to 9 July, according to data from the Energy Information Administration (EIA).

The country’s inventories have been drawn as a result of rising demand, but also because of lower production and imports.

Gulf Coast refineries produced 15% less fuel oil last week than a week before, but still nearly three times as much as in June.

Lighter inventories have yet to impact bunker availability. Ports along the Gulf Coast, including Houston, New Orleans, Corpus Christi, and off the Gulf Coast locations such as the New Orleans Outer Anchorage (NOLA) have prompt products available.

The Galveston Fairway anchorage continues to be without product, however, as a barge has been taken back to dry dock.

Balboa and Cristobal’s bunker fuel oil prices have held up considerably better than Houston’s from Brent’s downward pull this week. As Houston’s VLSFO price tumbled in the mid-week, their price premiums over Houston widened to $40-45/mt. Availability has been tight for prompt dates with certain suppliers in Panama.

Waiting times have gone up following maintenance on the canal’s east lane, according the Panama Canal Authority, cited by S&P Global Platts. Maintenance work has been extended by a week to 17 July and capped the number of daily transits for tankers.

Vessels transiting from the Cristobal side may opt to take bunkers there while they wait, but could encounter a congested anchorage area and less bunker supply capacity there than in Balboa on the Pacific Ocean side.

Another bunker barge entered operation in Cristobal in June, bringing the total to five. That was still only a fifth of the 25 barges supplying in Balboa.