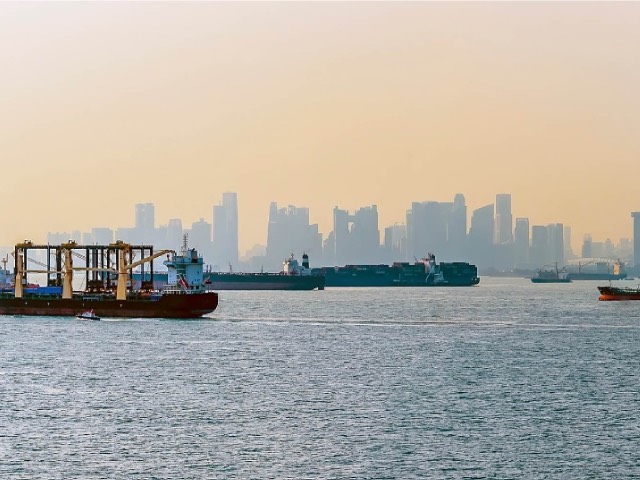 The majority of all piracy and armed robbery incidents in Asia during the first half of 2021 occurred in the eastbound lane of the traffic separation scheme in the Singapore Strait, with bulk carriers the most frequently targeted ship type

Global piracy and armed robbery numbers decreased in the first half of 2021, according to the International Maritime Bureau’s Piracy Reporting Centre (IMB PRC). Its latest Q2-2021 report lists a total of 68 actual and attempted attacks in 2021, down from 98 during the same period in 2020. While the Gulf of Guinea continues to be particularly dangerous for seafarers, with 32% of all reported incidents taking place in the region, the IMB also highlights the dangers of operating in the Singapore Strait. Similar to the Regional Cooperation Agreement on Combating Piracy and Armed Robbery against Ships in Asia Information Sharing Centre (ReCAAP), it expresses concern over the rising number of armed robbery incidents onboard ships underway in the Singapore Strait.

According to ReCAAP, five incidents were reported in the Singapore Strait in June 2021 alone. All five incidents took place at night in waters off Tanjung Pergam, Bintan Island, Indonesia, and involved bulk carriers sailing in the Strait’s eastbound lane. In three of the incidents, the perpetrators accessed the engine room, most likely searching for engine spares to steal. Although these incidents may be considered opportunistic in nature, both the IMB PRC and ReCAAP have noted an increase in the use of knives among perpetrators in this region and express concerns about the safety of seafarers. ReCAAP further warns that the perpetrators of these incidents have not been arrested, which means that there is a possibility of further incidents in the Singapore Strait.

ReCAAP’s alert of 30 June 2021 provides more insight into the recent incidents in the Singapore Strait and the modus operandi of the perpetrators. The alert also contains a map, see figure 1 below, showing that 16 of the 20 incidents reported in the Strait during January-June 2021 occurred in waters north-west of Bintan, Indonesia. It is also worth noting that 13 of these involved attacks on bulk carriers.

Figure 1: Approximate location of all incidents in the Singapore Strait, January-June 2021 (Source: ReCAAP)

The recent reports from the IMB PRC and ReCAAP confirm a long-term, and rather grim, statistics for the Singapore Strait. ReCAAP issued its first warning in October 2019, indicating a sudden rise in the number of robbery incidents in the Strait, and has since voiced its concern in a series of 13 alerts, as well as in a Special Report on incidents against ships in the Singapore Strait.

Ships trading in the Singapore Strait, particularly those transiting eastbound in the Singapore Strait during the hours of darkness, would therefore be well advised to take appropriate precautions as they approach and enter the Strait. Prior to entering the area, masters should review the ship security plan in light of the latest information received, conduct a voyage specific risk assessment, brief and train the crew and prepare and test the ship’s emergency communication plans. General precautions include: