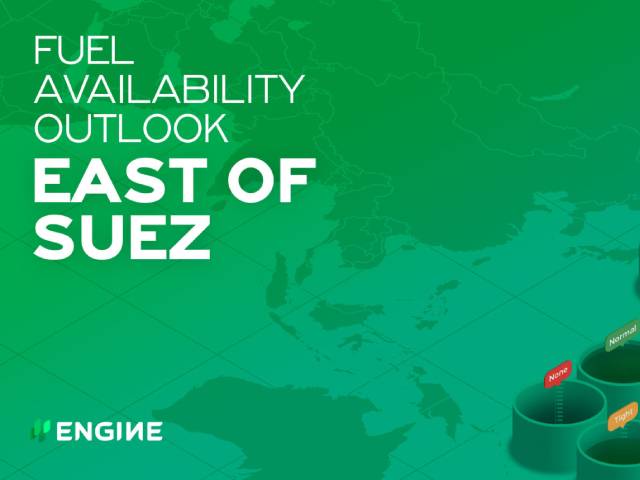 Lead times are shorter for VLSFO and LSMGO stems in Singapore, while VLSFO supply has tightened in China’s Shandong area this week.

Lead times for VLSFO stems are down on the week in the bunkering hub, dropping from up to nine days last week to 6-7 days now. LSMGO stems are also shorter by one day on the week, requiring 4-5 days ahead.

Singapore’s bunker demand has recovered from the pandemic. The port supplied 3% more fuels in the first half of the 2021 compared to the first half of last year, when global shipping demand took a hit from lockdown measures and bunker sales slumped below 4 million mt/month in February, May and June.

More than 4 million mt has been supplied in every month this year, and total sales are also 6% above 2019 levels.

The biggest demand change from last year has been for HSFO, with sales up by 40% and its share of total sales in Singapore increasing from 21% to 26% in the first half of this year. HSFO demand has been boosted as another 213 vessels have had scrubbers in operation or on order this year than last year, bringing the total to 4,568, according to shipping classification society DNV.

Singapore’s supply capacity for the high sulphur grade remains under pressure, however, with only four suppliers offering it. Recommended lead times are still around 10 days for HSFO stems.

Zhoushan and Shanghai are well-supplied for another week, with fuel oil stems requiring 2-3 days ahead. Suppliers in the southern Chinese ports of Fangcheng and Qinzhou have replenished stocks and started offering VLSFO and LSMGO again, after having been out of the two products for two weeks.

At the same time, a supplier has run out of VLSFO in the Chinese area of Shandong, including the ports of Qingdao, Rizhao, Lanshan and Yantai. The bunker supplier can still offer for HSFO380 and LSMGO as there is no shortage of these products.

Lead times remain shorter in Fujairah than in recent months, with stems of all grades requiring 3-4 days ahead. Longer lead times may be required for HSFO380 in the port to ensure timely delivery of the product.

Japan’s total fuel oil stocks grew by 2% last week to 11.93 million bbls on 3 July, data from the Petroleum Association of Japan showed.
Bunker fuel availability continues to be good in Tokyo Bay for another week, as local ports remain well supplied with HSFO380, VLSFO and LSMGO grades. Longer lead times are recommended for HSFO380. Japan imported its first HSFO cargo in six weeks last week, and production of the high sulphur grade grew by 22% on the week to 1.43 million bbls.