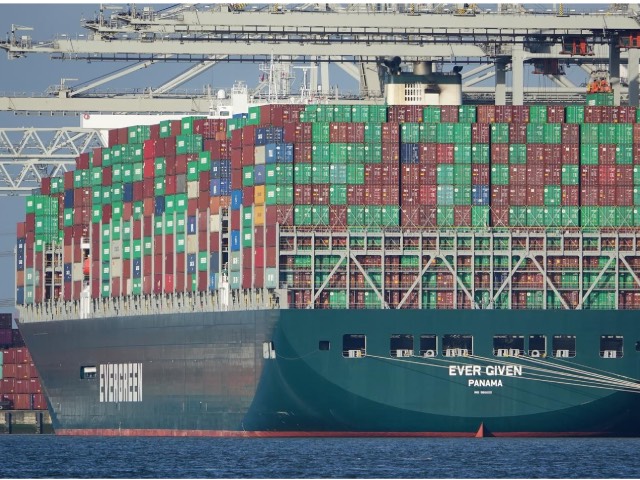 Seafarers’ unions today welcomed the release of the MV Ever Given (IMO: 9811000) from detention in the Suez Canal by Egyptian authorities, but warned that more must be done to safeguard seafarers’ rights and welfare during the pandemic.

“We welcome the release of the Ever Given from detention by Egyptian authorities. It will be an enormous relief for the crew on board and their families. But while we celebrate this outcome, our attention is still on the 200,000 seafarers trapped working on vessels unable to go home due to the worsening crew change crisis,” said ITF General Secretary Stephen Cotton.

“Thankfully the crew of the Ever Given have been well-cared for and well-represented by their unions – the National Union of Seafarers of India, and the Maritime Union of India – who have worked closely with the shipowner and ship manager to support the crew during this trying time.”

“From the moment that the Ever Given ran into trouble in the Suez Canal, the crew’s unions have been by their side. The crew have been furnished with supplies, support, and had their unions standing up for them nationally and internationally.”

“By being unionised the crew have been supplied with provisions, legal representation, crew change opportunities, and counselling support for them and their families. If this hadn’t been a case of a ship with a union agreement, we could have seen a very different outcome,” said Cotton.

ITF General Secretary Stephen Cotton said seafarers’ unions welcomed the news that the Ever Given was being released from detention by Egyptian authorities | (Credit: ITF)

Seafarer union representatives from the ITF boarded the MV Ever Given in April to check the health and welfare of the crew. | (Credit: ITF)

National Union of Seafarers of India (NUSI) General Secretary-cum-Treasurer Abdulgani Y Serang said it was important that no charges or negative findings about the crew’s professionalism, but expressed disappointment that Egyptian authorities use of the crew as leverage in financial negotiations with the ship’s insurer.

“We are pleased that this ordeal is finally over for the crew. Their professionalism has been confirmed by a lack of adverse findings. Like all seafarers, it is through their passion and commitment that they are able to rise to the challenge and make the sacrifices required to move the world.”

“This has been a very stressful time for the crew and their families who have had to suffer the uncertainty of whether their loved ones would become criminalisation as human pawns in a wider game being played over compensation,” he said.

“Society needs to reflect on how so much attention was placed on the commercial aspects of this incident – on the possible impacts on prices and supply of consumer goods – and so little attention paid to the sacrifice, pain and uncertainty faced by the seafarers whose welfare ought to be at the centre of the Ever Given story,” said Serang.

Ever Given repeat ‘increasingly likely’ without restored rights

ITF Seafarers’ Section chair David Heindel said the Ever Given was an important reminder about the fragility of the international shipping system, which carries 90 percent of world trade, and the people at the heart of it – the seafarers.

I think I speak for all seafarers when I say it is a relief that the Ever Given crew are being released and allowed to continue their lives, but it shouldn’t have taken this long” said Heindel.

“It’s fortunate that the crew have had the strong backing of their shipowner, ship manager and of course their unions and the global ITF family, many seafarers aren’t that lucky.”

“Bernhard Schulte Shipmanagement are one of the better companies in the industry and should be commended for their sustained advocacy for the crew. But so too should the crew, the tale of the Ever Given shows the value of workers standing together and being active in their unions.”

“Right across the world right now, many seafarers are being unfairly criminalised with our rights and welfare undermined. The crew of the Ever Given avoided that fate by unions and employers working together in their best interest – but more must be done to safeguard this key workforce.”

ITF Seafarers’ Section chair David Heindel said the Ever Given incident was an important reminder about the fragility of the international shipping system | (Credit: SIU)

“Right now more than 200,000 seafarers rights are being disregarded by many of the world’s governments as the crew change crisis drags on. Most governments still have not restored the pre-pandemic exemptions from travel and border restrictions, and increasingly fatigued seafarers are languishing at sea working beyond their contracts with little hope of relief.”

“Frankly speaking, if governments don’t take action to ease the mounting pressure on seafarers the risk of events like the Ever Given happening, or worse, will become more and more likely. As the Ever Given shows, it doesn’t take a lot to stop global trade,” said Heindel.