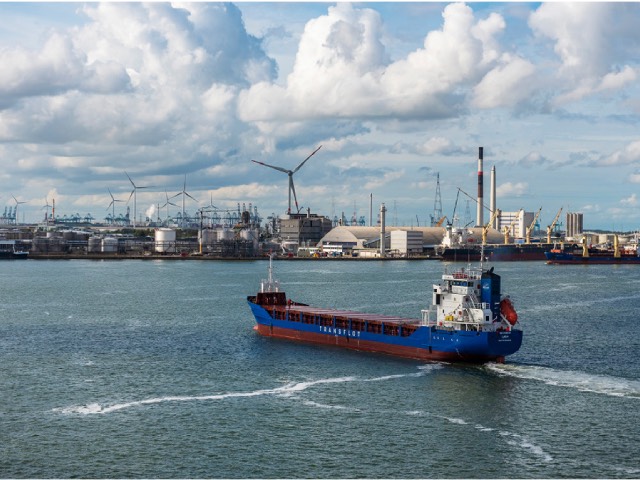 Throughput with UK rises despite Brexit

During the first six months of 2021, 120 million tonnes were transhipped through the Port of Antwerp, an increase of 5% compared with the same period last year and status quo compared to 2019, despite the impact of the ongoing pandemic. Transhipments with the UK and Ireland also show positive figures; the expanded shortsea connections in response to Brexit are proving effective. 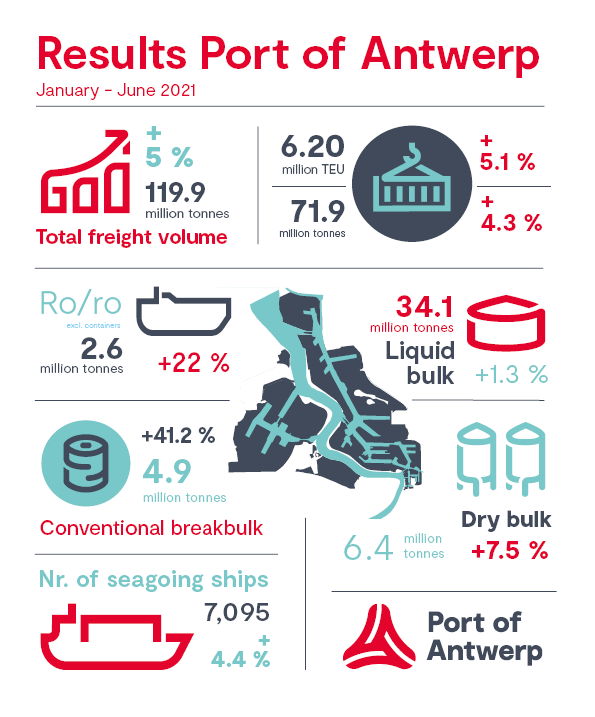 Brexit: growth in a declining market

With an annual cargo flow of around 15 million tonnes, the United Kingdom is the third largest maritime trade partner for the port of Antwerp. The start of Brexit at the beginning of this year therefore created major challenges due to increased administrative complexities and more controls, which resulted in congestion, longer transit times and higher costs. As a result, the flow of goods between the EU and the UK is decreasing. Despite these difficult conditions, however, the port of Antwerp recorded growth in total throughput of 11,1% with the UK and 12,1% with Ireland in the first half of the year compared to the same period in 2020.

In preparation for the Brexit, Port of Antwerp has put all its efforts into further expanding short sea connections with the UK and Ireland in order to achieve the modal shift from ferry to container transport. Five years after the ‘Leave’ vote, the port of Antwerp is now connected to 12 British and Irish ports, and we see that Irish importers and exporters are increasingly abandoning the land bridge over the UK and are instead opting for a direct maritime connection.

The Antwerp@C consortium is taking important steps forward in the transition to a sustainable, low-carbon port. The feasibility studies have been completed. The consortium is preparing to enter the design phase. The project, an initiative by Air Liquide, BASF, Borealis, ExxonMobil, INEOS, TotalEnergies, Fluxys and Port of Antwerp, has the potential to reduce CO2 emissions in the port of Antwerp by half by 2030 by capturing CO2 and using it or storing it permanently.

Jacques Vandermeiren, CEO Port of Antwerp: “We knew that Brexit would have major consequences for the transport of goods between Europe and the UK. By preparing ourselves well and focusing on short sea connections and LoLo cargo, we can convert the challenges into opportunities. The positive half-year figures for transhipment with the UK and Ireland confirm this. After Brexit, Antwerp wants more than ever to be the gateway between Europe and the UK and Ireland.”

Annick De Ridder, Port Alderman: “Despite the difficult circumstances in which we started 2021, we can show that the port is holding its own and is once again even recording growth in container handling. The economic urgency for extra container capacity is clearly demonstrated, more than ever. The figures are a confirmation of the resilience of our port and of the flexibility of all employees who ensure that everything keeps running.”