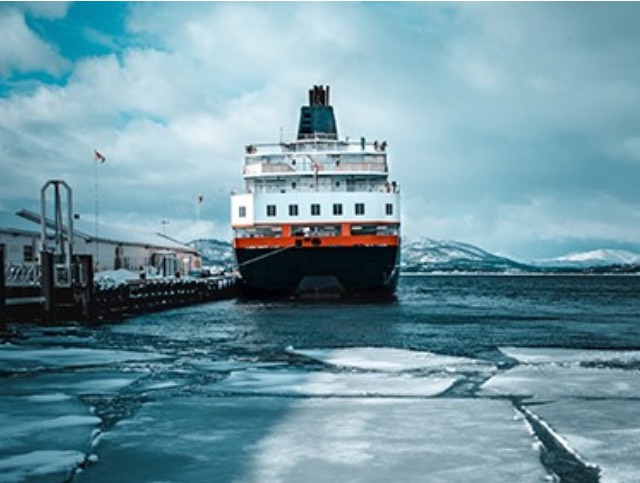 The MEPC adopted amendments to the International Convention for the Prevention of Pollution from Ships (MARPOL) Annex VI that will require ships to reduce their greenhouse gas emissions. These amendments combine technical and operational approaches to improve the energy efficiency of ships, in line with the targets established in the 2018 Initial IMO Strategy for Reducing GHG Emissions from Ships and also provide important building blocks for future GHG reduction measures.

The new measures will require all ships to calculate their Energy Efficiency Existing Ship Index (EEXI) following technical means to improve their energy efficiency and to establish their annual operational carbon intensity indicator (CII) and CII rating. Carbon intensity links the GHG emissions to the transport work of ships.

Ships will get a rating of their energy efficiency (A, B, C, D, E – where A is the best), which will be incorporated in their mandatory Statement of Compliance to be issued by the Administration. Administrations, port authorities and other stakeholders as appropriate are also encouraged to provide incentives to ships rated as A or B.

The amendments to MARPOL Annex VI (adopted in a consolidated revised Annex VI) are expected to enter into force on 1 November 2022, with the requirements for EEXI and CII certification coming into effect from 1 January 2023. This means that the first annual reporting on carbon intensity will be completed in 2023, with the first rating given in 2024.

A review clause requires the IMO to review the effectiveness of the implementation of the CII and EEXI requirements, by 1 January 2026 at the latest, and, if necessary, develop and adopt further amendments.

The Committee also agreed to keep under review the impacts on States of the aforesaid amendments to MARPOL Annex VI, paying particular attention to the needs of developing countries, especially LDCs and SIDS, so that any necessary adjustments can be made.

Amendments to MARPOL – prohibiting HFO in the Arctic

The MEPC adopted amendments to MARPOL Annex I (addition of a new regulation 43A) to introduce a prohibition on the use and carriage for use as fuel of heavy fuel oil (HFO) by ships in Arctic waters on and after 1 July 2024.

The prohibition will cover the use and carriage for use as fuel of oils having a density at 15°C higher than 900 kg/m3 or a kinematic viscosity at 50°C higher than 180 mm2/s. Ships engaged in securing the safety of ships, or in search and rescue operations, and ships dedicated to oil spill preparedness and response would be exempted. Ships which meet certain construction standards with regard to oil fuel tank protection would need to comply on and after 1 July 2029.

A Party to MARPOL with a coastline bordering Arctic waters may temporarily waive the requirements for ships flying its flag while operating in waters subject to that Party’s sovereignty or jurisdiction, up to 1 July 2029.

The MEPC adopted amendments to draft amendments to MARPOL Annexes I and IV concerning the exemption of UNSP barges from survey and certification requirements.

The amendment specifies that the Administration may exempt a UNSP barge from the annual survey and certification requirements, for a period not exceeding 5 years provided that the UNSP barge has undergone a survey to confirm that certain conditions are met.

The amendments also provide the form for the International Oil Pollution Exemption Certificate for Unmanned Non-self-propelled Barges. The MEPC also approved a related circular on guidelines for exemption of UNSP barges.

The MEPC adopted amendments to the IMO Convention for the Control of Harmful Anti-fouling Systems on Ships (AFS Convention), to include controls on the biocide cybutryne.

The AFS Convention already prohibits the use of biocides using organotin compounds.

The Committee agreed to commence further work on underwater noise form ships. The MEPC agreed to include a new output on review of the 2014 Guidelines for the reduction of underwater noise from commercial shipping to address adverse impacts on marine life (MEPC.1/Circ.833) and identification of next steps.

The Sub-Committee on Ship Design and Construction (SDC) has been assigned to coordinate the work since the review of the Guidelines mainly relates to technical issues, with a target completion year of 2023.

A significant portion of the underwater noise generated by human activity may be related to commercial shipping. The international community recognizes that underwater-radiated noise from commercial ships may have both short and long-term negative consequences on marine life, especially marine mammals.

Due to a lack of time, a number of items were postponed to the next session, including outputs from the  Sub-Committee on Pollution Prevention and Response (PPR 8).