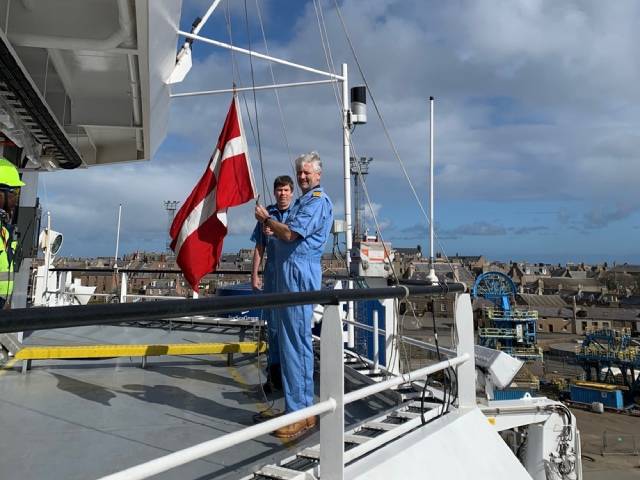 This year, the Danish flag gets a fine first place on Paris MoU’s list which shows how flag states’ vessels perform during inspections at port calls. It emphasizes that the Danish flag is a quality flag, according to Danish Shipping.

When ships call at ports around the world, they are often subject to an inspection control where port states check that safety, health and certificates on board are in order. Every year, the results of the inspections become a ranking list where flag states with the lowest detention record will be in top of the list. And this year, the Danish flag is number one on the list.

Danish Shipping is very pleased with this as for the last two years they have worked purposefully to improve the Danish flag’s position on the list.

The ranking is made by the international port state control “Paris MoU”. Danish flagged ships obtained a fifth place in 2019 and have thus taken a real step up to the first place in 2020.

“A good position on the list is a huge advantage for shipping companies having ships under Danish flag. It means that the outside world – and not least potential customers – can see that they are in control of their things and operate safely. So, this first place is not only very good – it’s also important,” says Anne H. Steffensen.