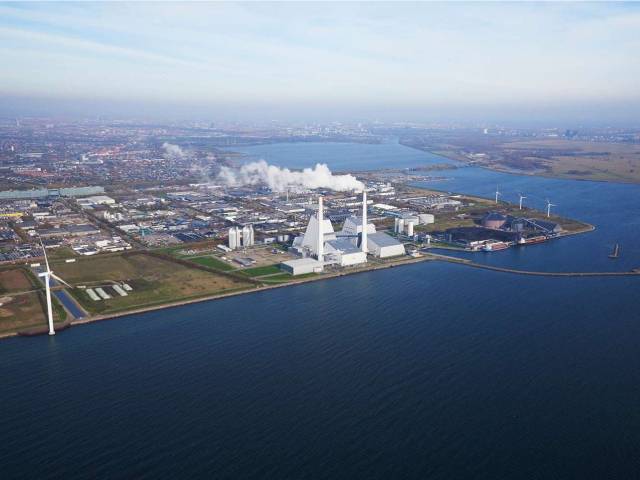 Ørsted has identified the 100 MW straw-fired unit at the Avedøre Power Station in Copenhagen as the best point source of sustainable CO2 for the next phases of the Green Fuels for Denmark Power-to-X facility in the Greater Copenhagen area which over time is planned to reach a total capacity of 1.3 GW and have a carbon emission abatement potential of 850,000 tonnes yearly. If the project at Avedøre Power Station is realised, it could become Ørsted’s first carbon capture facility. A future final investment decision for the carbon capture project is subject to the realisation of the parts of Green Fuels for Denmark that will produce e-methanol and e-kerosene.

Ørsted owns and operates Avedøre Power Station. The combined heat and power plant consists of two wood pellet-fired units and a straw-fired unit that supply power to the Danish power grid and district heating to the Greater Copenhagen area. Ørsted and HOFOR recently announced an agreement that Ørsted will offtake the power production from HOFOR’s planned 250 MW Aflandshage offshore wind farm for parts of the Green Fuels for Denmark project.

With the agreement to source renewable electricity in place, Ørsted has now identified the straw-fired unit at Avedøre Power Station as the best point source of sustainable carbon, and will now investigate the possibilities of advancing parts of the project’s first phases in order to deliver substantial amounts of sustainable fuels well before the previously planned 2027 operation date of the second phase.

Recently, Green Fuels for Denmark took an important step closer to realisation as the project became part of the process of being named an Important Project of Common European Interest (IPCEI) in the EU programme initiated to kick-off the hydrogen economy in the EU.

Green Fuels for Denmark is envisaged to be built in phases, beginning with approximately 10 MW, scaling up corresponding to the supply of electricity to reach 1,300 MW of total electrolysis capacity when fully developed.

While the first phase of Green Fuels for Denmark will exclusively produce hydrogen for heavy-duty road transport, the next phase is planned to combine the production of renewable hydrogen with carbon capture to produce sustainable methanol and e-kerosene for shipping and aviation, respectively.

Provided that a framework is established to promote the development of sustainable fuels, the 100 MW straw-fired unit at Avedøre Power Station could provide the amount of CO2 necessary for producing sustainable fuels in the next phases of Green Fuels for Denmark.

Ørsted will now start investigating the best way forward to deploy carbon capture technology at the straw-fired unit at Avedøre Power Station, including optimising the electrolysis capacity of the second phase of Green Fuels for Denmark with the supply of renewable electricity. The straw-fired unit is fuelled by locally sourced agricultural by-products converting approx. 130,000 tonnes of straw each year to heat and power. The combination of using straw as fuel and utilising the surplus heat from both the carbon capture process and the Power-to-X process would result in up to 260 MW district heating, which would lead to both green and price-competitive district heating for the Greater Copenhagen area.

“If Green Fuels for Denmark is realised, Copenhagen could become a showcase example of how new and existing energy technology can be combined to deliver on the vast European ambitions for sustainable fuels. Denmark can leverage its district heating systems, large sources of sustainable carbon, and massive offshore wind resources to create a new industrial stronghold and supply sustainable fuels to Danish logistics companies that are leading the green transformation of heavy transport. Green Fuels for Denmark is an ideal flagship project to realise this potential, and the agreement with Avedøre Power Station to source sustainable CO2 underlines Ørsted’s commitment to the project.”

“Converting our power stations from fossil fuels to sustainable biomass has been a centre-piece in Ørsted’s and Denmark’s green transformation. Utilising the potential for carbon capture at Avedøre Power Station could potentially be a showcase for even further decarbonisation at our power stations. Ørsted is currently exploring the potential for carbon capture at some of our other bioenergy plants, which would enable the carbon necessary for Power-to-X production plants to further contribute to the green transformation of our society.”