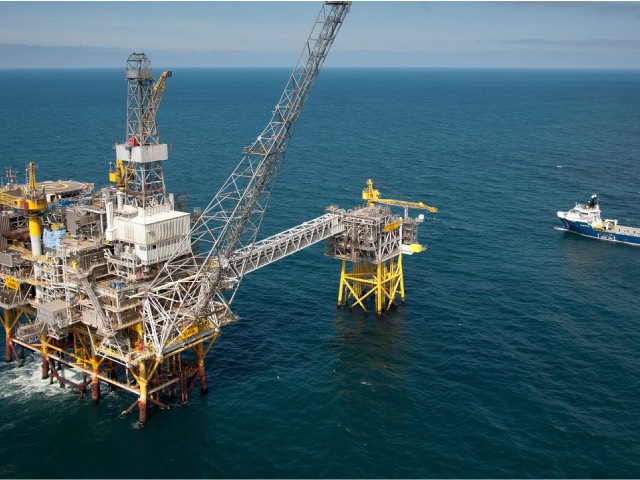 Since start-up in 1985 Heimdal has produced 46 billion standard cubic metres of gas and 7 million cubic metres of liquid (oil/condensate), corresponding to 332 million barrels of oil equivalent. In addition, Heimdal has processed approximately the same volume oil and gas from the satellite fields Huldra, Skirne, Atla, Vale and Valemon.

Production from Valemon is expected to increase in the future as 3-4 new gas wells will be drilled for Valemon in 2021 and 2022. This enables Heimdal to maintain profitable operations somewhat longer than originally communicated (2021 or 2022).

This is beneficial from a socioeconomic perspective, and the extension will also enable production of the remaining reserves in Vale and Skirne and increase production from Valemon.

“Heimdal is an important field that has repeatedly led the way for the Norwegian petroleum industry. First by contributing to the construction of Statpipe, which is a cornerstone for Norwegian gas export to Europe. Then by capturing value also after its own resources were produced. Heimdal illustrates how investments in infrastructure offshore drive future value creation opportunities,” says Geir Sørtveit, Equinor’s senior vice president of Exploration and Production West.

“Heimdal has delivered large gas volumes to our customers in Europe and has generated jobs and built important capabilities in the Norwegian petroleum cluster, from development to operations, and later as a processing hub for gas. In recent years a solid job has been done on the field to extend the productive life and maximize value creation. When Heimdal is shut down the field will have produced and processed about 700 million barrels of oil equivalent and generated revenues estimated at about NOK 260 billion for the partners processing at Heimdal and for Norway,” Sørtveit concludes

Heimdal and Norwegian gas history
The Heimdal licence was initially awarded to a group of private, Norwegian and US, companies in 1971. French oil companies soon farmed into the licence, and TotalEnergies (then ELF) took over the operatorship. The State had an option to acquire a 40% interest, which was exercised when the field was later declared commercial. This is how also Equinor (then Statoil) and later the State’s own company, Petoro, became Heimdal licensees.

Located in the north-eastern part of the North Sea, Heimdal was flound in 1972, when an exploration well proved a 120-metre gas column in Palaeocene sand. Although considerable gas resources were struck, it was long uncertain whether the field could be developed. No transportation system for gas export from the Norwegian continental shelf had been established, which was an important challenge. But the solution was found in 1981.

The Heimdal field development concept included an integrated processing, drilling and accommodation platform with a steel jacket. An export pipeline for condensate was laid to the Brae field on the UK continental shelf. In 1985 the Kårstø plant delivered the first gas to the continent. Statpipe and the Kårstø plant have later become key to the Norwegian gas machine.

In 2020 Kårstø exported energy in the form of gas and oil products corresponding to about 400TWh/year. By way of comparison, all Norwegian waterpower production accounts for about 137 TWh/year.

At the end of the 1990s most of the gas in the Heimdal reservoir had been produced, and it was uncertain how long the operations could continue. However, Equinor (then Norsk Hydro), who had had a small interest in Heimdal from the start, saw new opportunities, and took over the operatorship after ELF.

Under Equinor’s management Heimdal was in 2001 reconstructed to a gas processing hub. This involved tie-in of the Huldra, Skirne and Vale gas fields for processing, in addition to the use of Heimdal as a transit point for gas export from Oseberg to the UK. In order to accomplish this, a new riser platform must be built next to the old main platform.

At about the same time the Norwegian gas transport systems were combined in a new joint venture (Gassled) operated by the newly established national company Gassco. For Heimdal this meant that Equinor transferred the operatorship for the new riser platform to Gassco, and since then there have been two operators at Heimdal

In 2011 it was decided to bring the gas from the Valemon field to Heimdal for processing. Valemon took over the gas pipeline from Huldra, where production had ended. Thanks to the Valemon agreement Heimdal’s productive life could be extended, which in turn enabled extended profitable production from Skirne and Vale, and the development of the small Atla field. The Vale and Skirne fields have produced better than expected.

Shutdown and removal
Equinor has appointed a dedicated project to prepare for the decommissioning of the field, and removal of the two platform. The removal project is working for both the Heimdal licence (the main platform) and for Gassled (the riser platform).

This spring contracts for platform removal were awarded to Heerema – the same company that installed the Heimdal platform on the field in 1985. The platforms are scheduled to be removed in the period 2025-2027 and brought ashore at Eldøyane, Stord, for scrapping, reuse and recirculation – more than fifty years after the Heimdal field was discovered by the drilling of well 25/4-1 in 1972.

When the operations at Heimdal end in 2023 the remaining gas reserves at Valemon will be transferred to Kvitebjørn and Kollsnes for processing. Gassled will reconnect the dry gas pipelines currently passing over Heimdal to a subsea bypass.

For Equinor it is important to maintain experienced operations personnel on the platform to the last day. Experience from the final operations period at Heimdal represents important input for the company for the future. The operations organisation will work closely with the project preparing for the platform removal, ensuring safe and efficient decommissioning of the operations at Heimdal. About 120 Equinor employees have daily jobs associated with Heimdal, and they will all be offered new tasks in the company.