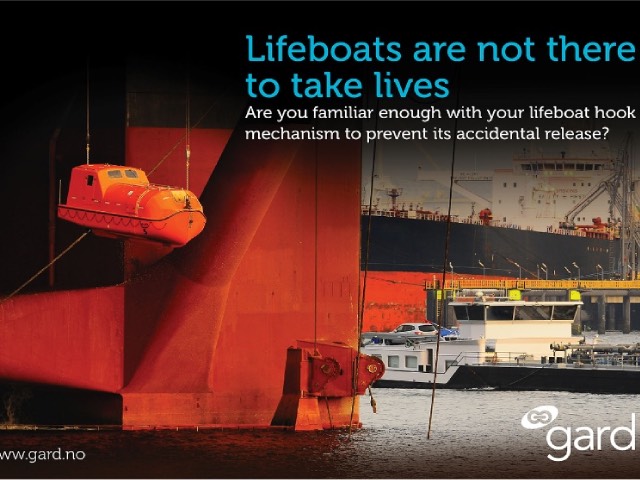 Lifeboats are designed to save lives, but over the years there have been many serious casualties that have occurred during drills, routine maintenance operations and inspections of davit suspended boats fitted with on-load release hooks. These accidents have also resulted in seafarers losing confidence in the lifeboat launching systems.

Lifeboat accidents have a variety of causes. Some of the more frequently occurring ones are:

Broadly speaking the above causes each fall into one of the following three categories: lack of familiarity, procedural inadequacy or faulty design. As for the faulty design, non-compliant hook mechanisms should have been replaced by now, as the deadline for their replacement was 1 July 2019. To address operators’ lack of familiarity with the mechanism and procedural inadequacy, more needs to be done. Having a crew that is fully familiar with the lifeboat hook system and the potential failure points would be the starting point. For this the crew should carefully read through the instructions provided in the manufacturer’s manual on items such as inspection, maintenance and operation, and if need be, seek clarification directly from the maker. Also, IMO’s guidelines on safety during abandon ship drills (MSC.1/Circ.1578) should be incorporated in the safety management procedures.

Loss prevention poster – Lifeboats are not there to take lives

Presentations from the Gard Academy Conference on Lifeboat Hooks