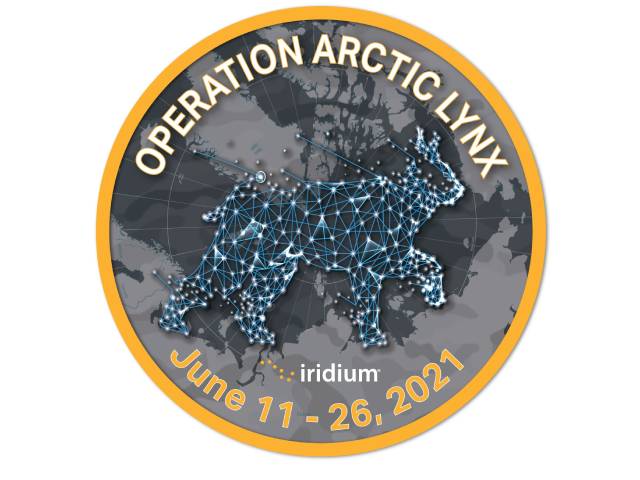 “Iridium’s Arctic and Antarctic communications capabilities have long been a part of the fabric of government, NGO and civil enterprise activities in those regions and now with our upgraded constellation and new technologies developed, we have turbocharged our portfolio of solutions to address an increasing range of polar communication requirements,” said Scott Scheimreif, executive vice president, Government Programs, Iridium. “With more than 20 participating organizations, Operation Arctic Lynx will exercise the ability to provide real-time interoperability, communications-on-the-move, command-and-control and develop and maintain a common operational picture in austere polar regions.  We’re proud to have so many esteemed organizations participating.”

As part of the operation, multiple voice, data and video real-time communications threads will be exercised both at-the-halt and on-the-move, starting from Utqiagvik, Alaska. Utqiagvik, previously known as Barrow, is located at 71 degrees north latitude, approximately 300 miles north of the Arctic Circle and situated on the Arctic Ocean.  Among these communications threads will be a site located even farther north than Utqiagvik, at approximately 82 degrees north latitude – Canadian Forces Station Alert (CFS Alert), Nunavut, Canada.  CFS Alert is the most northerly, permanently inhabited location in the world and one of a number of Arctic Weather Stations.  The site has deployed Iridium Certus technology in the form of a Thales MissionLINK 700 terminal to ensure reliable communications.