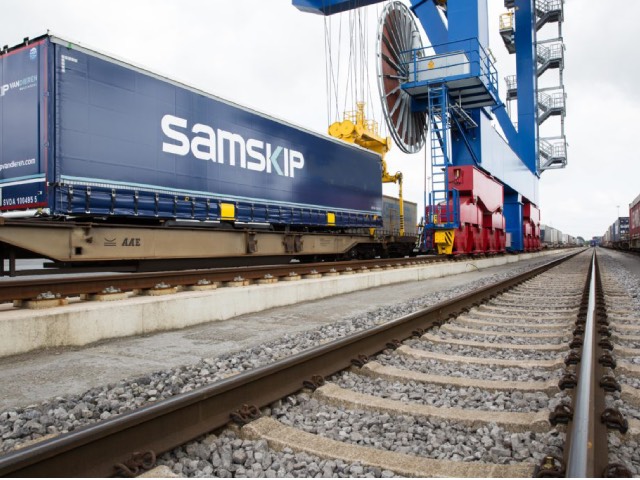 The service relaunch, from the first week of June, follows permission from Danish authorities to increase the number of trailers allowed through Denmark by rail. The new authorization is expected to normalize Germany-Sweden rail shuttle traffic, after a brief dip in volumes moving between the Samskip rail terminal in Duisburg and North European markets via Denmark.

The first trains loaded with trailers departed after all partners implemented modified procedures for safe trailer transport by rail using criteria from Danish authorities for the rail supply chain. Initially, Samskip will retain current rerouting options, allowing customers time to consider the shift of all relevant volumes back to the rail set up via Denmark.

‘’We are very happy with this decision and with the trust shown by Danish authorities in giving Samskip approval to increase our rail services through Denmark,’’ says Johan Grootkarzijn, Head of Rail Network at Samskip. ‘’Expanding our activity on this lane makes for greater service resilience for the Germany-Nordics rail option. In contrast to road haulage, rail services avoid driver delays and allow flexibility in responding to an increased demand to have cargo transported in a sustainable way with short transit times.’’

“We are pleased and proud to be the first train operator to recommence train moves of trailers through Denmark together with our partner Samskip Multimodal”, says Anders Bellander, Commercial Director at Hector Rail. “It is of great value for the market and also for the environment that we are once again able to provide sustainable trailer transportation by train.”