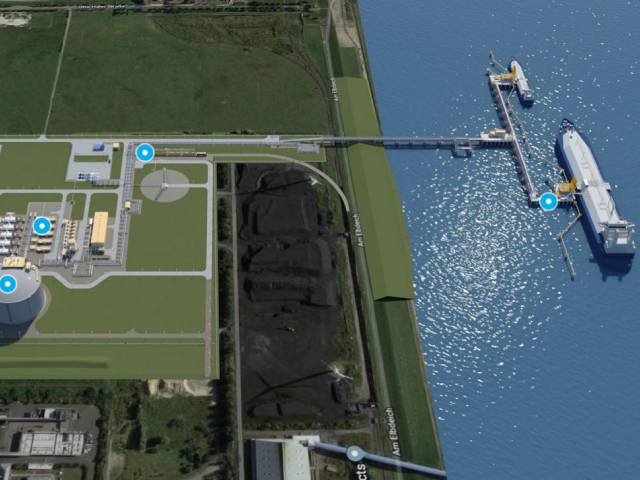 The decision relates to the requested annual throughput capacity of 8 billion cubic metres per annum on a long-term basis from the date of the terminal’s commercial launch.

The European Commission has approved the exemption decision for German LNG Terminal GmbH. The decision relates to the requested annual throughput capacity of 8 billion cubic metres per annum on a long-term basis from the date of the terminal’s commercial launch.

Rolf Brouwer, Managing Director of German LNG Terminal, welcomes the European Commission’s decision: “The commercial framework conditions for the LNG terminal have now been determined. We are extremely confident that we will now soon be able to conclude binding contracts with our potential customers, and commission the EPC contractor. We hope that the planning permission procedures can take a decisive step forward in the near future. German LNG Terminal is ready to take this step too.”

German LNG Terminal submitted the application to the Federal Network Agency for exemption from tariff and network access regulation under section 28a of the German Energy Industry Act back in July 2018. Already at the start of December 2020, the company had been informed of the decision of the German regulatory authority (Bundesnetzagentur- BNetzA), granting it exemption. However, as is usual, this was subject to review by the EU Commission.

The Joint Venture is planning to build and operate a liquefied natural gas terminal at the Brunsbüttel location. The terminal will contribute to the securing and diversification of the natural gas supply at the time of the energy transformation in Germany. With the possibility of handling green gases at the terminal, the terminal will play an important role in the energy supply of the future.

German LNG and the shareholding companies– A wealth of experience

German LNG Terminal GmbH is a joint venture between Dutch companies Gasunie LNG Holding B.V. and Vopak LNG Holding B.V. as well as Oiltanking GmbH, a subsidiary of Marquard & Bahls AG, based in Hamburg, Germany. The aim of the joint venture is to build and operate a multifunctional import and distribution terminal for liquefied natural gas (LNG) in Brunsbüttel. The terminal will also provide a wide range of services including the loading and unloading of LNG carriers, the temporary storage of LNG, regasification, feeding natural gas into the German natural gas network, and distribution of LNG via tank trucks and LNG tank cars.