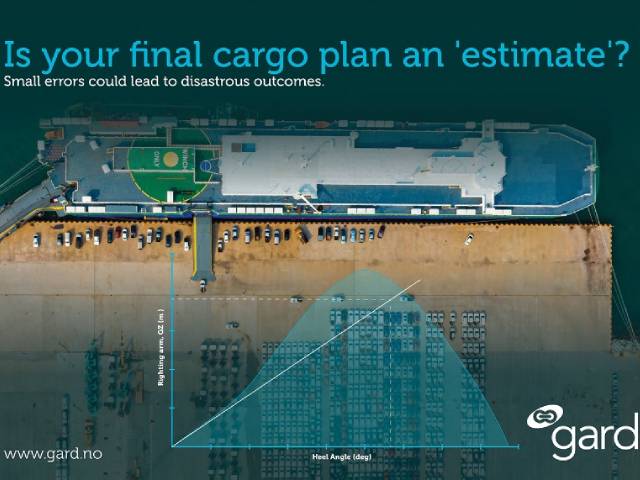 In the past there have been serious incidents where the car carriers have capsized as a result of inadequate stability. More concerning was the fact that the crew were also caught unaware. It has more to do with the way the shore side does the cargo planning and execution than the role of the crew, who play little or no part in this.

Car carriers are on a tight schedule with quick port rotations and operate in a very different manner when compared to other vessel segments such as tankers and bulk carriers, where the cargo planning is done onboard. On car carriers, it is the shore side that does it with no involvement of the ship’s crew, whose role is limited to ensuring that the vessel can achieve adequate stability based on the proposed pre-stowage plan, and this is typically done by adjusting the ballast onboard.

The biggest challenge here is that the weight distribution of the cargo actually loaded onboard could differ significantly from the pre-stow plan and these changes might not be communicated in a positive manner to the ship’s crew in time before departure from port. Either the crew are not given a copy of the final stowage plan or if provided then there may not be enough time for the crew to check and ensure that vessel has adequate stability. The result is that the ship departs with inadequate stability, i.e with a small or negative metacentric height (GM).