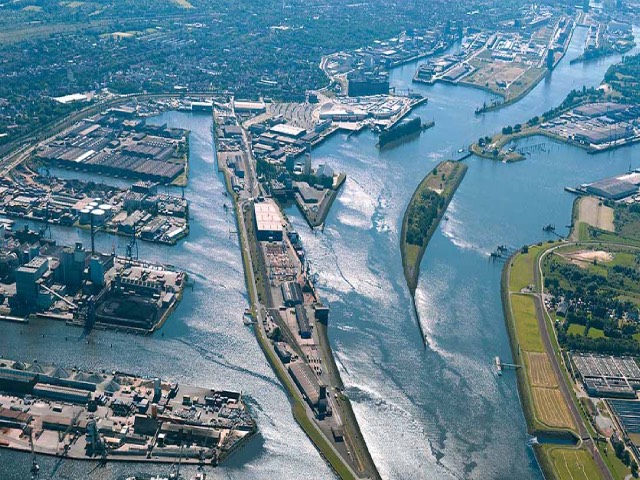 In January, the Port Committee of Bremen’s Parliament resolved to devise a concept for the future development of the ports. The port management company, bremenports GmbH, was entrusted with drawing up the concept and was also responsible for organising the kick-off event.

At the start of the meeting, Bremen’s Mayor Dr Andreas Bovenschulte praised the ports of Bremen for the way in which they handled the Coronavirus crisis. “Our ports have proved their efficiency even during these difficult times. This was only possible because the private and public actors all joined forces to do a fantastic job.” He added that the ports would continue to play an outstanding role in the future of the Federal Land of Bremen. “The ports remain the powerhouse of Bremen’s economy,” said Bovenschulte.

Representatives of the port business and various professional associations had already prepared statements in which they outlined their expectations of a new port concept. Some of the principal challenges they mentioned were, for instance, investing in infrastructure to strengthen the location, socially responsible automation of the transhipment sector, boosting the role of the ports in Bremen-City, upgrading the terminal railway, deepening the River Weser, establishing a hydrogen industry and closer integration of science and port development.

In the course of the discussion, Bremerhaven’s Mayor Melf Grantz stressed the importance of the ports for the labour market in Bremerhaven and the surrounding region and pointed out that once the pandemic was over, cruise shipping would also play a significant role in that connection. That was why it was important to ensure that the investments in the location that had been announced by Bremen’s Senate were now implemented as quickly as possible. Grantz added, “Another one of my prime concerns is to facilitate closer integration of port development and economic development.”

Robert Howe, Managing Director of bremenports, emphasised the importance of good transport connections. “A strong port location has to score points against the competition by offering first-rate transport connections.” That was why it was important to boost the terminal railway, to improve the navigability of the Weser for mega-container vessels, to raise the potential of inland shipping and to optimise road traffic at Überseehafen by completing the construction of the port tunnel.

In her closing statement, Port Senator Schilling addressed the business enterprises at the port who had requested full involvement in the development concept. “The port concept will be drawn up in close consultation with all the diverse players in the port and logistics business,” said the Senator, adding that further public events on selected topics would be held for that purpose.

The political discussion of Bremen’s new port development concept by the Senate and the Port Committee is scheduled for early summer 2022, following the in-depth preparation process which has now begun. The new concept will subsequently be adopted as a guideline for action for the coming years.