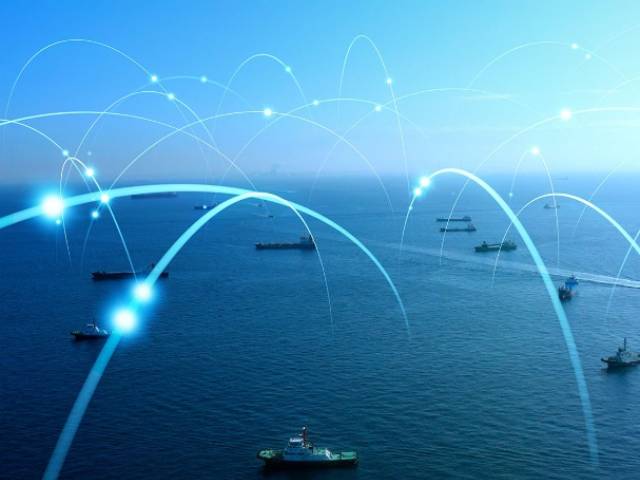 One of key highlights of the 103rd session of IMO’s Maritime Safety Committee (MSC 103) was the completion of the MSC regulatory scoping study for maritime autonomous surface ships (MASS). The IMO Legal and Facilitation Committees regulatory working groups, that deal with the financial and liability issues, are still underway and have not yet concluded their recommendations.

The MSC regulatory working group on MASS released its report with recommendations that the best way forward to address MASS in the IMO regulatory framework should, preferably, be through the development of a new MASS Code. This is sensible given that addressing every IMO convention or SOLAS chapter separately can lead to inconsistencies, confusion and raise potential barriers for the application of existing regulations to conventional ships. The new MASS Code can then be made mandatory by amending one of the existing IMO Conventions, such as SOLAS. The MSC working group also suggested that the MASS Code should be developed following a goal-based approach. This is in line with the current Guidelines developed by the IMO.

If the Legal and Facilitation Committees’ working groups come to the same conclusion as the MSC working group then the task of developing the new MASS Code can begin, which in the international arena one can only assume will take some considerable time. Autonomous ships have been designed and built and are preparing to operate in certain countries within domestic waters under domestic law and guidelines, in the absence of international regulations.

Developments in autonomous shipping in the Nordics

Norway was one of the countries that kick started the tremendous interest in autonomous shipping back in 2016, when it announced the first legal testing area for autonomous ships in the Trondheim fjord and later established a Norwegian Forum for Autonomous Ships (NFAS). This lead to considerable international interest and Finland, the Netherlands, Belgium, and the UK among the other countries adopted similar autonomous ship forums and testing areas.

On a global basis, the financial incentive driving autonomy is an expected reduction in operational costs and improved safety. In Norway, there is an additional pressing financial and social need for developing new technology in the maritime industry. The downturn in the offshore oil and gas, and maritime sectors in recent years and the global push to reduce environmental impact from these sectors, have pushed Norwegian politicians and the industry to promote more innovation and new technology. This in turn will create new jobs and maritime services. Competence gained in the maritime and offshore sectors is not to be lost and should instead be used to innovate within our industry and develop, among other things, autonomous ships.

The Nordic progress in maritime innovation is also rooted in our long maritime history and the fact that we have the whole value chain represented in our countries. We have the regulators, insurance companies, shipbuilders, equipment manufacturers, universities, seafarers as well as the shipowners and operators.

Autonomous shipping is one of several areas seeing innovation. Others are offshore wind and offshore fish farms. These areas are being promoted and sponsored by the Nordic governments through their maritime strategy and research funding to keep the maritime and offshore industry, and competence alive and to help with the transition to a greener future.

Due to the expense of building and maintaining Norway’s road and rail infrastructure, as well as challenging weather conditions for parts of the year, moving goods from the road to the sea has always had a big potential and the more so for autonomous vessels sailing regular routes.  An obvious example is the Yara Birkeland, the first battery operated autonomous container vessel.

The Yara Birkeland was delivered to Yara Norge AS in November 2020 and is currently laying alongside in the port of Horten in Norway having completed its maiden voyage in December 2020.

Yara advised that, at this moment, their priority is for the Yara Birkeland to begin operating with zero-emission transport of containers. The new port construction inside the factory at Herøya is completed with only the delivery and commissioning of the port crane remaining. Once this is completed in the autumn the plan is for the Yara Birkeland to start operations and to transport approximately 40-60% of Yara’s container volume by the end of this year. Work is also ongoing to prepare the Yara Birkeland for the first phase of sailing with reduced manning. Once that has been achieved, the ship will be developed to reach the desired level of unmanned operation during the next two years.

Another area for autonomous ships within domestic coastal waters is ferry operation. Gard’s member Bastø Fosen in Norway is currently testing autonomous transit and auto docking functions on their ferry Bastø IV. The goal is to enhance the daily ferry crossings between Horten and Moss in Norway. The vessel sails with a full crew onboard while testing. A spin off from the Bastø ferry testing is Simaros 2, a Norwegian research project which aims to develop a simulator for testing autonomous navigation software.

Gard members across the Nordic countries are engaged in planning for a future with autonomous ships and the transition to non-fossil fuels. In Finland, FinFerries has successfully demonstrated autonomous sailing and docking with the ferry FALCO and Sweden’s Stena Line is testing artificial intelligence to support engine automation on their ferries to cut fuel costs and at the same time boost the transition to fossil-free fuels. In Denmark, Svitzer has showcased a remote-controlled tug, with plans to develop this further for operation in the port of Copenhagen.

Gard is very proud to be insuring the Mayflower autonomous ship. The ship has been built to mark the anniversary of the historic voyage made 400 years ago by the original Mayflower that sailed from the UK to America. The intention is for the autonomous Mayflower to replicate the voyage of the original Mayflower whilst looking to the future and show how it will be possible to cross the Atlantic with autonomous ships and inspire the younger generation into science and research. The intention is also for the ship to collect data for scientific research into our oceans both during and after the Atlantic crossing.

Cooperation and knowledge sharing are key to development of autonomous shipping

All the projects mentioned have been developed in partnerships aiming to find the best solutions. Many also receive some level of governmental support. Gard and other Norwegian maritime actors were invited to join the Norwegian Forum for Autonomous Ships. Gard accepted the invitation in 2016 and the author has represented Gard at this forum since it was established. The Norwegian forum has also taken the initiative to set up and lead the International Network for Autonomous Ships (INAS) where Gard also participates. Such fora connect developers, research institutions, academic students, classification societies and regulators not only in the Nordic countries but from all around the world.

Knowledge sharing is critical not only to the technological development but also to inform the international regulatory framework as it is being developed.  Cooperation is also key to create the legal and commercial infrastructure to accommodate the changes in operation due to autonomy.  Gard participates in the BIMCO drafting committee developing a standard agreement contract for use with autonomous ships, AUTOSHIPMAN. The agrement is expected to be published later this year.

Gard’s own MASS working group monitors ongoing industry and government run projects and we share our knowledge within our own area of competence and insight. We have supported a number of academic students and university researchers with input to their research and papers and Gard also sponsors and participates in the SFI Autoship; An eight year research-based innovation centre that will contribute to Norwegian players taking a leading role in the development of autonomous ships for safe and sustainable operations.

“Together we enable sustainable maritime development”

Gard is proud to play a small part to enable the development of autonomous shipping by insuring P&I risks and Hull and Machinery risks for some of the first autonomous ship pilot projects. Today, this is one of Gard’s most important ambitions; to contribute to a positive and sustainable maritime development together with our industry. This is in fact Gard’s mission statement. You can find out more about our contributions to a sustainable maritime development  in our recently published sustainability report.