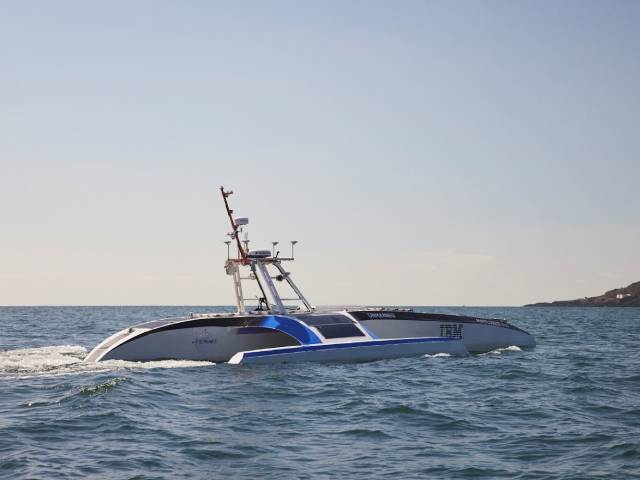 The Mayflower Autonomous Ship Transforms Ocean Science with the Help of Iridium®
A new era of the connected ship to set sail – pioneering crewless voyage from Plymouth, England to Plymouth, Massachusetts to be kept connected by Iridium Certus®

In addition to its scientific mission, the crewless voyage will deliver important insights for the autonomous shipping movement underway in the maritime industry. Iridium, a leader in enabling the digitalization of vessels through satellite communications, is providing Iridium Certus weather-resilient broadband connectivity which can help remotely manage vessel operations including command and control, tracking, propulsion system diagnostics and more.  The autonomous shipping movement is expected to gradually evolve to both limited crew and crewless vessels as remote piloting systems and regulatory requirements are further developed, and will help propel the maritime industry forward while providing significant cost-benefits for each vessel.

The Mayflower Autonomous Ship is an international effort led by marine research non-profit ProMare and IBM with support from partners around the world.  The cutting-edge autonomous ship will gather environmental data a number of ways, but most notably by using an “electronic tongue.” Developed by IBM Research, the Hypertaste device will analyze ocean chemistry using an array chemical sensors. In support of this mission, MAS is equipped with a Thales VesseLINK™ 700 terminal powered by Iridium Certus to ensure the team onshore is able to maintain consistent communications and keep track of the autonomous vessel’s location. Controlled by an onboard artificial intelligence informally known as AI Captain developed specifically for the project by IBM and MarineAI, real-time performance feedback, location, and situation awareness is transported over the Iridium network to the MAS control center.

“The Thales VesseLINK 700 powered by Iridium Certus onboard the Mayflower Autonomous Ship provides essential connectivity to backhaul vital science data in real time from MAS to our team of ocean and climate experts onshore. Equally important, it lets us check in with the AI Captain to see how it’s coping at sea and making myriad decisions every day to safely navigate the trip across the Atlantic,” says Brett Phaneuf, founding board member, ProMare, and managing director, Mayflower Autonomous Ship. “While the AI Captain won’t need the development team’s help on the crossing, and while the Mayflower won’t miss us one bit, the team in the UK that developed the ship and software is deeply attached and will worry incessantly as the voyage unfolds. Thankfully, we don’t have to worry as much with the superlative comms from Iridium that help allay our concerns about the vessel as it makes the historic crossing.”

“The Mayflower Autonomous Ship is ultimately a research platform, not just for the science projects onboard, but for long range autonomous vehicles as well. We don’t assume we already have all of the answers so there is much that we can learn from this crossing,” says Don Scott, chief technical officer, Mayflower Autonomous Ship. “The connection provided by the Iridium system gives us the ability to monitor the AI systems in real time while underway and helps us prepare for the next steps in their development. Having the high availability communications on the vehicle provides us with a much-appreciated telepresence onboard.”

“When the original Mayflower crew set sail on their pilgrimage, they took a risk inspired by hope for a better future,” says Matt Desch, CEO, Iridium. “The Mayflower Autonomous Ship serves as a modern inspiration, showing how new technologies can make a long-term positive impact on both the global economy and our environment. Iridium is proud to be the Official Communications Partner for this ambitious expedition, ensuring the ProMare team onshore can keep track of MAS and receive the data they need.” 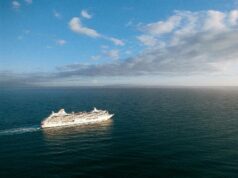 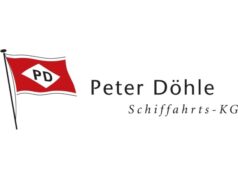 One of the major tramp owner/managers partners with the world’s largest Fleet Xpress distributor as Döhle Group and Navarino roll out 100+ vessel FX... 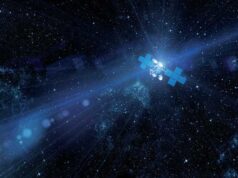