Cyprus Shipping News
Home World Port of Tallinn requests from all ships in the port to switch... 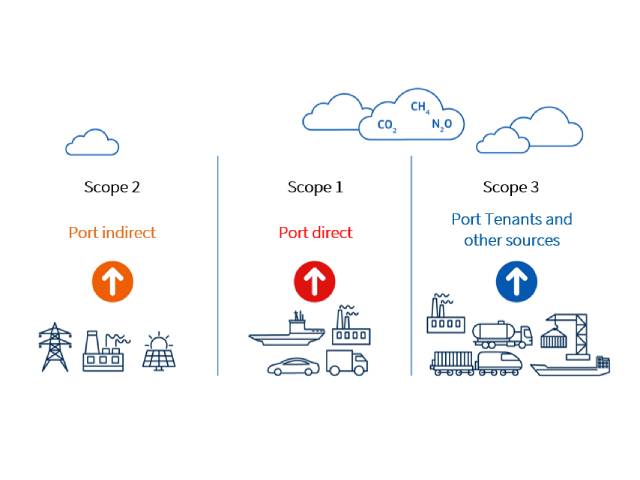 In order to reduce emissions, all ships in the port must switch to environmentally friendly energy sources (Port of Tallinn CO2 calculations)

The Port of Tallinn’s goal is to achieve climate neutrality in all its port activities by 2050 at the latest. In the case of the port, the action with the most significant positive impact for the environment is to supply the energy needs of moored ships with green electricity, instead of diesel engines, or to switch ships to alternative, more environmentally friendly fuels, which would reduce emissions by up to half.

According to Valdo Kalm, Chairman of the Management Board of the Port of Tallinn, slowing down the acceleration of climate change in the coming decades will depend on every company’s current activities. “As an important transport and logistics hub in Estonia and by the Baltic Sea, we have a clear responsibility to ensure that the air is cleaner in the future and that we use resources as efficiently as possible. Our goal is also to contribute to the sustainable development of the entire Baltic Sea,” said Kalm.

He added that the assessment of greenhouse gas emissions will help the Port of Tallinn to implement solutions that have the greatest impact first. According to data from 2019, the largest share of greenhouse gas emissions from port activities (incl. terminal operators  and tenants) in the area of ​​the Port of Tallinn was accounted for by shipping (53%), followed by electricity consumption (23%), emissions from mobile vehicles (11), heat consumption (10%) and stationary equipment (3%).

“Considering that emissions from moored passenger and cargo ships and tankers make up the majority of our environmental footprint, we are already implementing solutions to reduce emissions. Last year, we installed shore-side electrical equipment on five quays in the Old City Harbour , with which ships at berth in the port can use shore-side electricity to reduce emissions, noise pollution and fuel consumption from ship engines,” explained Kalm.

If, in addition to the Old City Harbour , shore-side electricity produced from green energy is also offered in all other ports, emissions from shipping would be reduced by 47,646 tonnes of CO2 equivalent.

Last year, TS Laevad, a subsidiary of the Port of Tallinn, took an important step towards giving up fossil fuels and reaching zero emissions, when the ferry Tõll, which was converted into Estonia’s first hybrid passenger ship, started serving passengers on the Virtsu-Kuivastu route. The Port of Tallinn will continue to transfer its fleet to alternative fuels and will not exclude hydrogen, for example, in the future. This would reduce emissions by 20,563 tonnes of CO2 equivalent. “We are already thinking with a longer perspective so that we can move more vigorously towards meeting our goal of climate neutrality,” said Kalm.

In order to reduce the ecological footprint of electricity consumption, the Port of Tallinn entered into an agreement with Eesti Energia this year to purchase renewable energy and now consumes only green electricity produced in Estonia. This will reduce a total of almost 7,000 tonnes of CO2 emissions per year.

In order to assess the GHG emissions of the Port of Tallinn, the existing data on direct and indirect sources of pollution were compiled, a survey was conducted among Port of Tallinn operators and tenants, a request was made to the Transport Administration for data on mobile vehicles, information on train traffic was collected and data from various international maritime databases were used to identify emission of ships in the port water area.

The Port of Tallinn has linked its strategy to the UN Sustainable Development Goals. In addition to climate neutrality, the aim is to achieve zero emissions for ships at berth and divert 70% of ship-generated waste to the circular economy, thus sustaining a cleaner Baltic Sea.