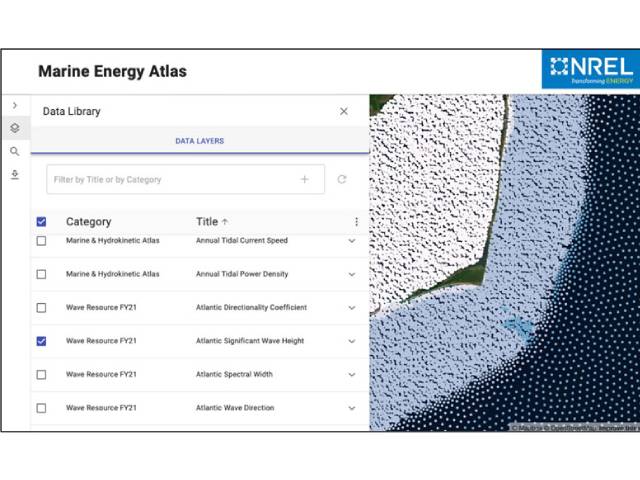 The promise of marine energy is seemingly boundless—and thanks to a recently upgraded tool powered by new high-resolution data sets, users can pinpoint promising sites.

The recently released Marine Energy Atlas features several new upgrades to modernize and streamline the user-friendly interface while supporting higher-resolution data. The new high-resolution wave data sets were developed at Pacific Northwest National Laboratory, Sandia National Laboratories, North Carolina State University, and University of Hawai’i under a project led by NREL. These enhancements will boost both the usability and the value of this important marine energy tool.

Users can explore several variables in each of these resource types, such as wave height, wave period, wave direction, tidal and ocean current speeds, and more, by selecting data layers.

The needs of the wider marine energy community are central to the design and functionality of the Marine Energy Atlas. The multilab resource characterization team engages the marine energy community to identify data gaps and then runs models and completes measurements to produce the data that is presented in this unique, publicly accessible tool.

Upgrades for a Smooth-Sailing User Experience

Central to the Marine Energy Atlas is its user-friendly interface. Users can download high-resolution data in a range of formats with the click of a button.

The team worked to reconfigure the front end of the site. A few adjustments include:

In addition to these functionality upgrades, new data sets are being added to the tool on a rolling basis, expanding the coverage and resolution of what the Marine Energy Atlas provides.

The Marine Energy Atlas could help a device designer understand how well their device is suited for a particular part of the ocean or could help a project identify promising sites for building wave farms.

Want to learn more about how you can leverage the power of the Marine Energy Atlas for your next marine energy project? Join us for the webinar, “Introducing the New Marine Energy Atlas” on May 27 at 10–11:30 a.m. MDT. The open-to-the-public event will cover upgrades to the interactive mapping tool and how users can explore potential for marine energy resources, such as peak wave period, tidal and ocean current speeds, and more.

Chart your course to marine energy innovation; the Marine Energy Atlas can guide you there. 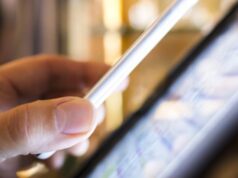 SAP Data Warehousing: A critical path to customer success in the cloud 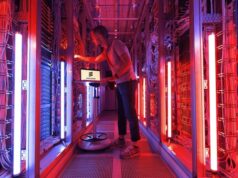 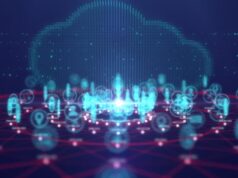