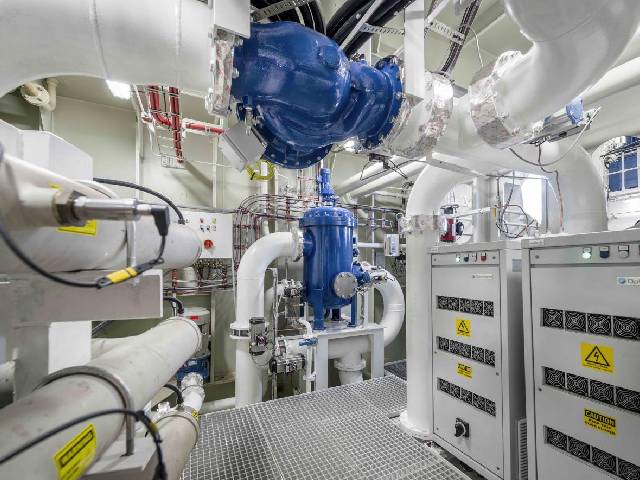 “It’s probably the best BWT system in the world.”
Optimarin EVP Tore Andersen doesn’t mince his words. The former CEO and current sales head of the global BWT pioneer is bullish about his firm’s simple, flexible and market proven system. “The original is still the best,” he says. “Competition today is very different than when we started (Optimarin released the first ever commercial system back in 2000) but we’ve constantly refined our technology to stay ahead of the game. We’re very confident to say Optimarin can offer customers the most robust, well performing system in the world, with unmatched operational flexibility, reliability, service,
maintenance and long-term proven performance.
“Just ask any of our customers,” he adds, noting that over 700 systems have now been installed, with more than 1200 ordered worldwide.
“The world’s leading owners choose us for a reason.”

Functional flexibility
The nature of the technology itself is key to the success.
The Optimarin Ballast System (OBS) is simple to operate and maintain. It consists of backflushing filters and UV treatment with powerful 35kW lamps. Cleverly, the modular unit is built up of separate UV chambers installed on two manifolds – each chamber treats up to 167 m³/h ballast water with a single lamp. For increased capacity, chambers are simply added to the manifolds, e.g., for a 1000m3 system six chambers are utilised. In addition, the filter capacity does not need to match the UV capacity, making it a perfect fit
for vessels such as bulkers.
This elegant, modular construction delivers class leading redundancy. Basically, if a lamp was to fail the system would shut the relevant chamber down automatically and the other, separate chambers would simply continue as before. In the case of a 1000m3 unit it would function as an 834m3 system until the task was complete. The crew could then perform the lamp change, of which there would only be one, rather than a cluster, saving time and money.

Operational Excellence
“From the hundreds of systems we have installed and operational, the feedback we get is that simplicity, functionality and reliability go hand in hand,” Andersen says. “We have focused on creating an advanced solution that, to the user, is easy to understand, operate and live with for the long-term. It provides our customers with operational flexibility unmatched in by the industry.”
Here he references what he calls “the brilliance of the UV system design.” He explains that a vessel crew can easily – with one click – choose to run the BWT system at reduced capacity when preferred. For example, with different capacities during ballasting and de-ballasting. There is even a dedicated – and again ‘one click’ – program for stripping where the optimal number of UV lamps are in use. The Optimarin BWTS can handle the entire range of ejectors, hence capacity is not an issue.
“This feature is a considerable energy saver,” he notes, “and a genius solution which is not offered by many suppliers of BWT, but comes as standard with an Optimarin BWTS.”

Short-term gain versus long-term value
With an impending IMO final deadline approaching, Andersen believes there can be a temptation to try and “tick the compliance box” and move on to the next pressing issue, without considering important lifecycle factors.
“Ordering and installing a BWT system is just the start of the ‘relationship’,” he says. “As a customer, you will interact with the supplier’s service organisation. For Optimarin, the main focus of the service organization is to strengthen this relationship by forming a long lasting and prosperous partnership focusing on the following objectives: Compliance, non-stop profit making operations; OPEX/Maintenance costs, predictable service cost (to be boosted by a new service compliance programme to be rolled out during 2Q 2021); Availability, strategically located service stations and warehouses; Remote system access,
diagnostics, software updates and trouble shooting.”
The product of all this, the Optimarin executive says, is peace of mind. But also a positive impact on a shipowner’s pocket.
He explains: “The choice of BWTS is a decision with potential long-term consequences for the regularity of operations, as well as the lifecycle costs of the BWTS, and operating costs of the vessel. Considering all the implications, making the right choice of system can lead to positive value creation for the shipowner.”

Continuous improvement
Andersen says the team is currently getting ready to reveal the latest evolution of its
Optilink software – allowing for remote control, trouble shooting, training, and more, with the OBS unit – as well as the roll out of the new service compliance program, and further features to the Optimarin system.
Despite the company’s success in almost three decades in business (Optimarin is the longest established pure maritime BWT specialist, founded in 1994), the firm is far more focused on the future than the past.
“The original is still the best, and we intend to keep it that way,” Andersen concludes.

Optimarin AS is a Norwegian company, headquartered in Sandnes, Norway. The Optimarin Ballast System (OBS) has full EX approval from USCG and IMO. In addition, OBS has been certified by a comprehensive range of classification organisations, such as ABS, BV, DNV-GL, LR, CCS & MLIT Japan. Further customers include names such as Saga Shipholding, Fednav, Hapag Lloyd, Ardmore, Carisbrooke, MOL, Evergreen, Tidewater, Solstad, DOF and Island Offshore 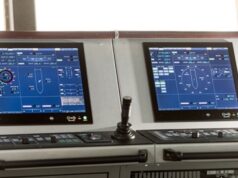 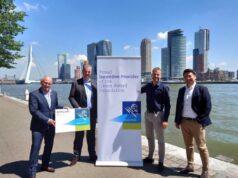 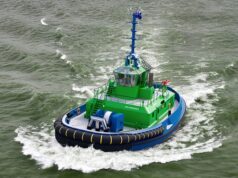